Lily Kelly Napangardi is a senior law woman of the Watiyawanu community, near Haasts Bluff, north-west of Alice Springs. She moved to Papunya in the 1960’s with her artist husband Norman Kelly and began painting in the 1980’s.

Lily holds authority over the Women Dreaming story associated with Kunajarrayi. Her hypnotic paintings are made up of fine dots and dashes, their muted tones building a mysterious, hidden topography of her land. She depicts her country’s sandhills, its winds and the desert environment after rain.

Lily Kelly Napangardi won the Northern Territory Art Award for painting in 1986, and the General Painting Category at the 20th Telstra National Aboriginal and Torres Strait Islander Art Awards in 2003.  In 2006, she was named as one of Australia’ s 50 most collectable artists by the Australian Art Collector Magazine. 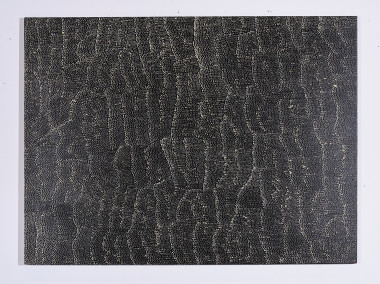