When Goya competed his 14 Black Paintings on the walls of his Chateau outside of Madrid he was 74 and as was revealed in his etching series Los Caprichos and Disasters of war, he had witnessed much of the dark side of humanity.  I am 68 and have been a witness to many wars but in Afghanistan I am helping art to fight back with optimistic sponsorship of the Yellow House Jalalabad.

My Black Paintings started on the roof of the Yellow House where I painted with US attack helicopters buzzing overhead and drones flying out to deliver their hell fire missiles in the countryside.  Always in the back-ground I could hear automatic weapons, mortars and cannon from the constant fighting on the outskirts of the city, between local forces and Islamic State.  Children who have worked in our films have been kidnapped by IS and forced to carry guns and witness atrocities.

The paintings in this show were unpinned from their stretcher frames, rolled into drain pipe cylinders, made the dangerous drive up to Kabul on our vehicle’s roof-rack and then airfreighted back to my studio in at Werri Beach on the idyllic South Coast of NSW.

Simultaneously, while doing the Black Paintings I began illustrating a comic titled War Dog. This parallels Goya’s Black Dog painting where a dog’s head is seen struggling above rising flood waters.  I am hoping this will be the first of many comic books produced by our new publishing enterprise, Night Vision Comics.  In a way, the large number of etchings Goya made for Los Caprichos and Disasters of war were a kind of pioneering comic production.

I do not believe Goya was mad or pessimistic when painting the fighting giants and witches in trees of his black paintings, any more than I am. The human species has a dark side which needs to be acknowledged or we will never evolve beyond it.

The dark works of human culture have a beauty that speak truth to the soul equal to the way blues music speaks to our emotions through memories of heart ache.

VIEW FULL CATALOGUE WITH WRITTEN DESCRIPTIONS FOR EACH PAINTING 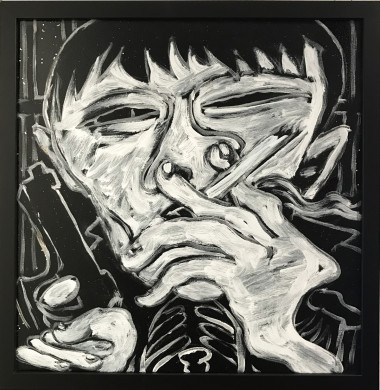 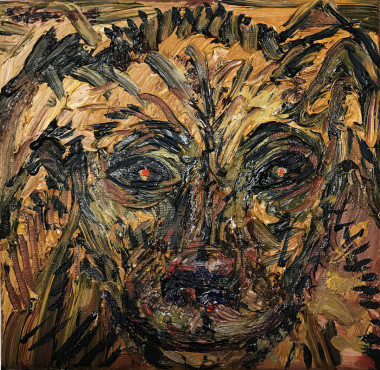 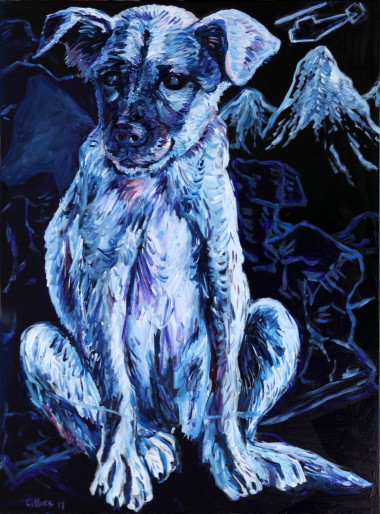 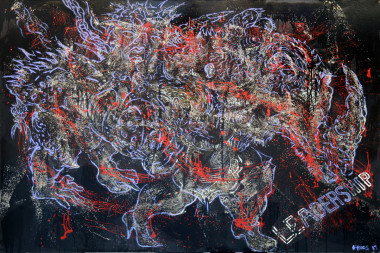 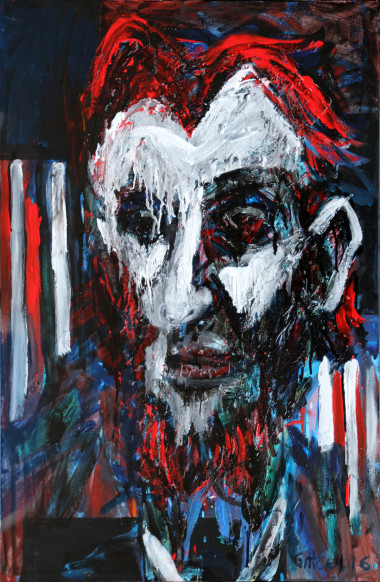 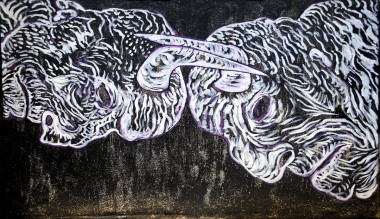 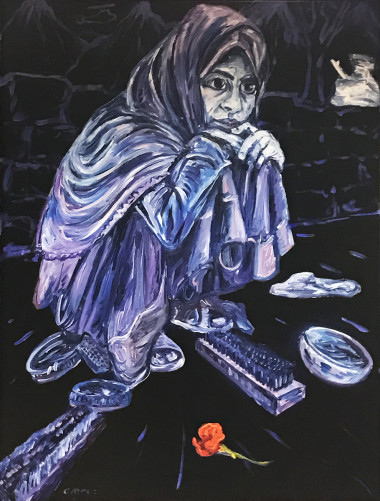 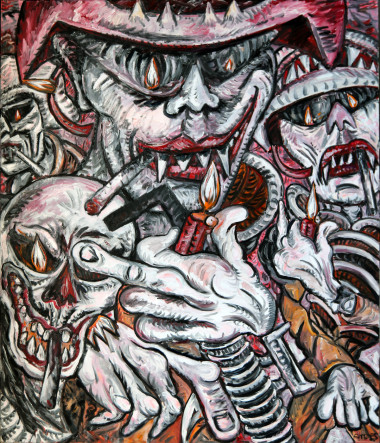 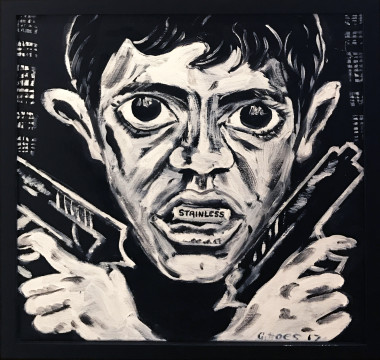 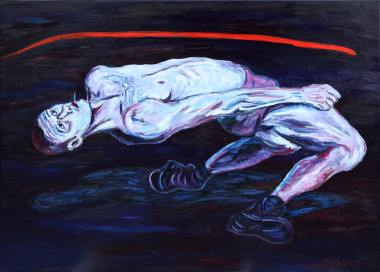 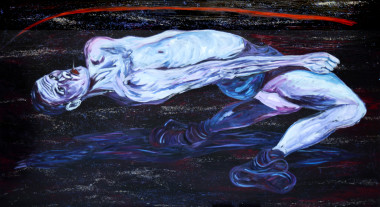 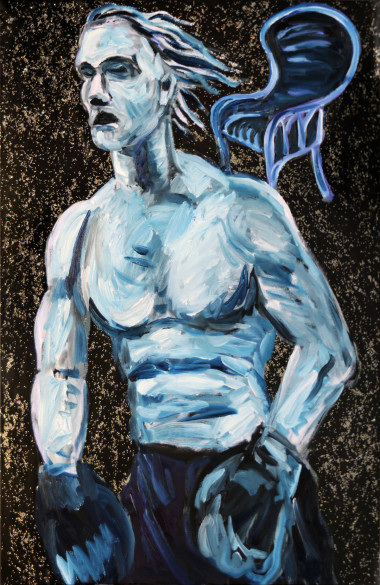 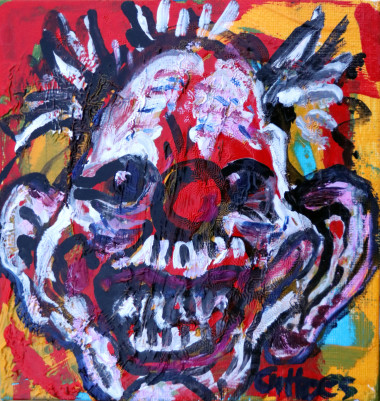 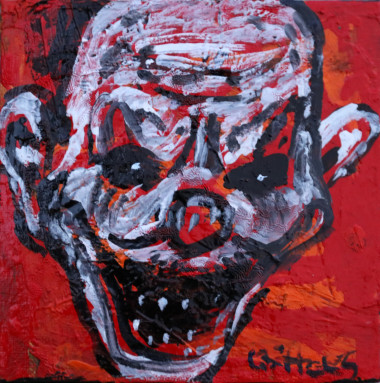 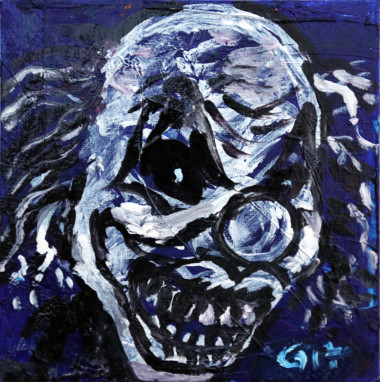 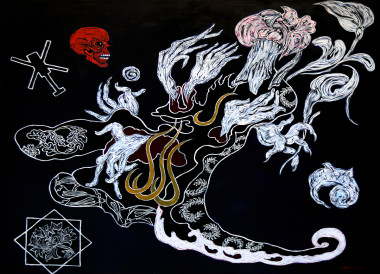 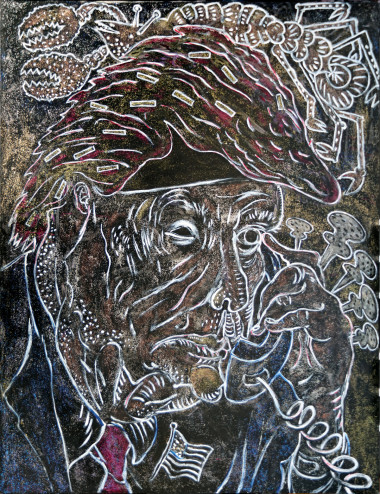 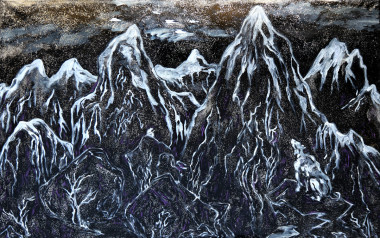 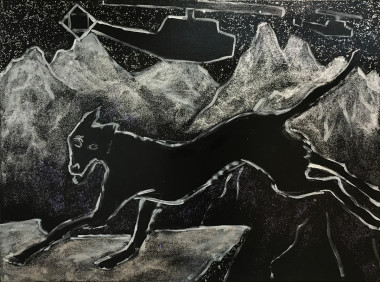 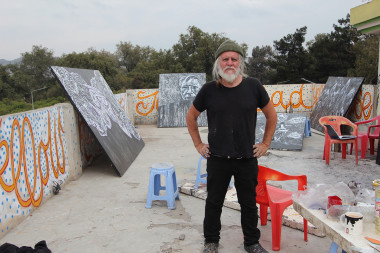