Born 1970Lives and works in Sydney

Blak Douglas, put simply, is a force of nature. His art practice has an urban aesthetic, delivering a message that is both muscular and profoundly important for our time. Political, absolutely—yet the fabric of his electric narrative has a fluidity that runs deeper than mere social commentary. The stories of Blak’s father of Northern NSW Dhungatti heritage, surges through his veins.

It is the unexplained otherness that permeates his vast, yet intricate paintings, providing a spiritual anchor to his wry narrative about our society. This artist is at the forefront of a conversation that rightly won’t go away. Douglas leaves us in no doubt that we still have a long road to travel to reconcile the true identity of our beautiful, yet stained land.

History is rich with imagery and forms that have been created to direct the way we view our world. In a time before mass broadcasting, TV and the reach of the internet, statues of the good and the great—gods and mortals—populated the world. They were, and are, effectively icons of Empire. The bronze and stone materiality lasts an eternity, underpinning the power of its creator’s patron. It is this intergenerational subliminal messaging about assumed power that Douglas seeks to deconstruct.

The artist is not acting with unchecked iconoclastic zeal. Rather, he is building his own historical narrative—juxtaposing an alternative against accepted history. Douglas asks us, “Where are the monuments of our many First Nation heroes—the people that have fought for a different history; marginalised, or worse, by the powerbrokers of history?” The nature of his practice searches and builds the heroic people and, indeed, the unknown protagonists—recognising the power of language and culture as fundamental to our collective survival.

Douglas could be viewed through a postcolonial lens; however, this belies the positivism of his future vision. There is power in the methodology of his painting and sculptural inspiration. He is not simply sniping at black/white relations—his argument is complex and laced with swashbuckling humour. Douglas’ heroic and monumental works echo one of modernity’s most recognisable signposts—the billboard.

The works, intensely bright with a pop sensibility, speak a contemporary language. He points, laser-like, to a different way of thinking. Whilst many are large in scale, size is not the key driver in the gravitas that is inherent within the picture plain. The language of symbols, real and invented, referencing both his ancient and contemporary cultures, has marked him as an artist of significance, but more importantly, a Ngangkari (healer) for a new and just land. 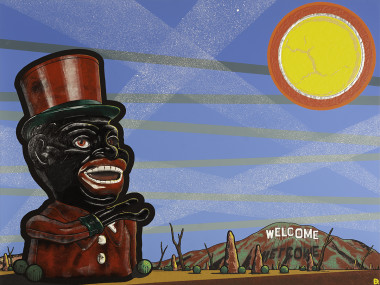 A word is not enough to the wise 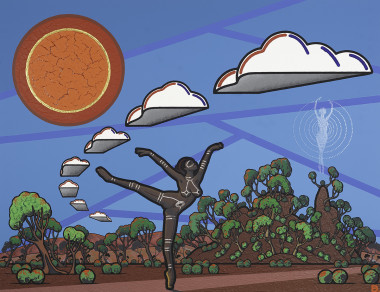 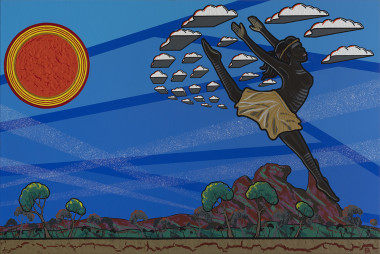 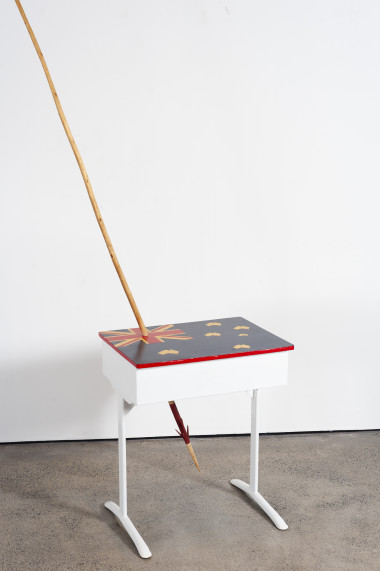 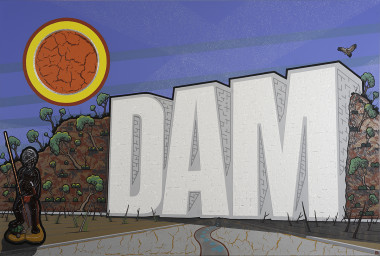 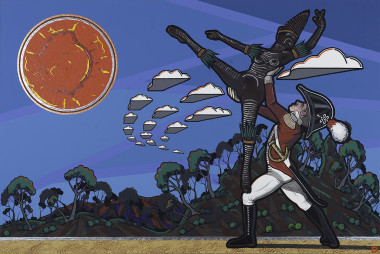 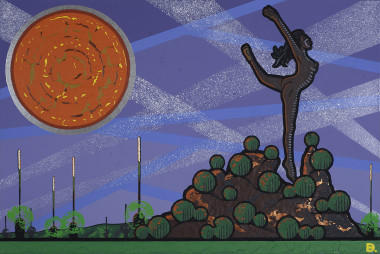 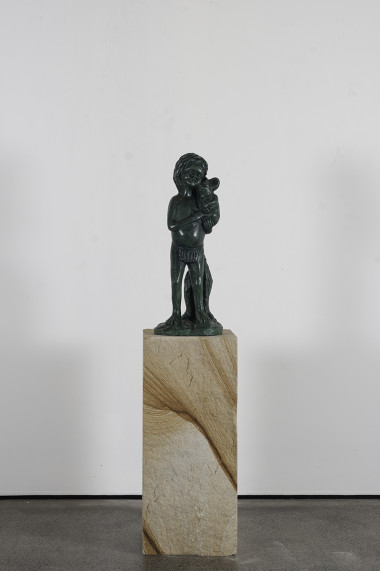 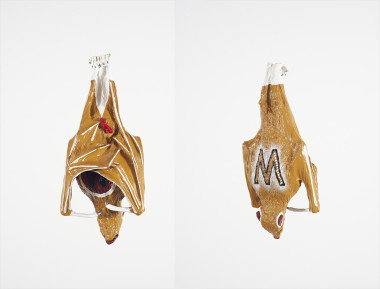 HUNG OUT TO FRY II 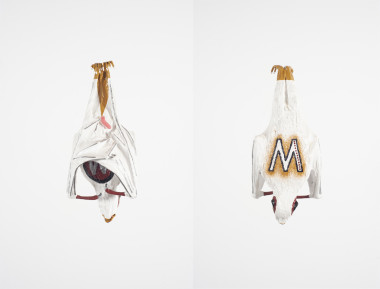 HUNG OUT TO FRY III 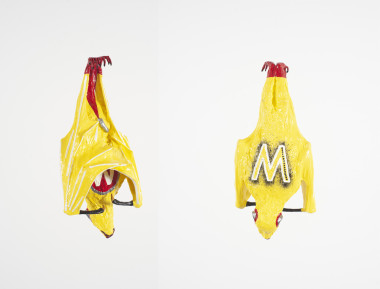 HUNG OUT TO FRY IV 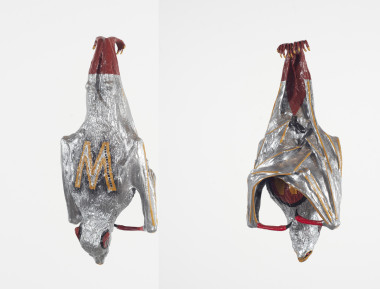 HUNG OUT TO FRY VI 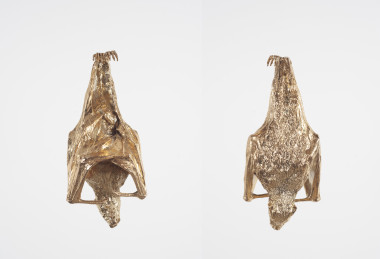 Hung out to fry 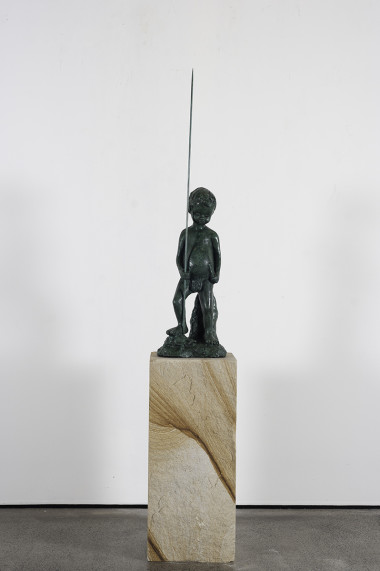 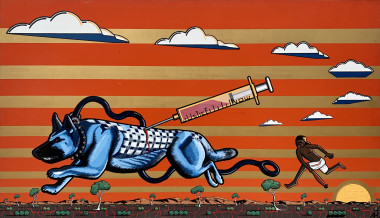 K9 vs Bloodline On The Breadline 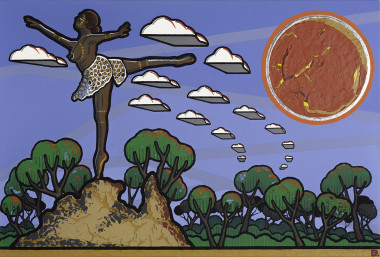 She knows her place 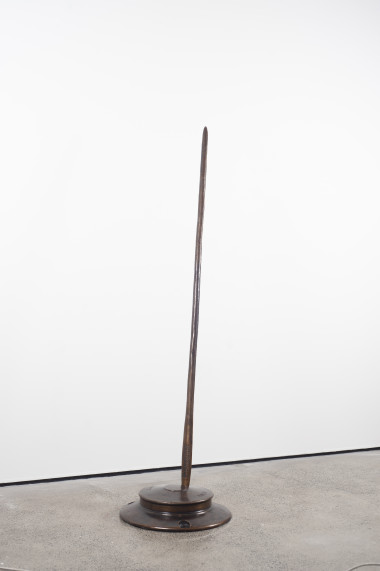 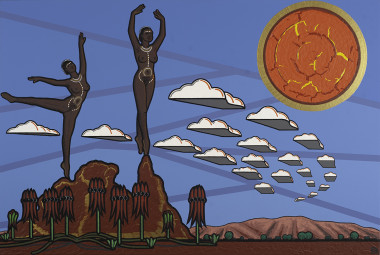 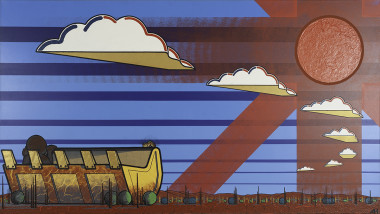 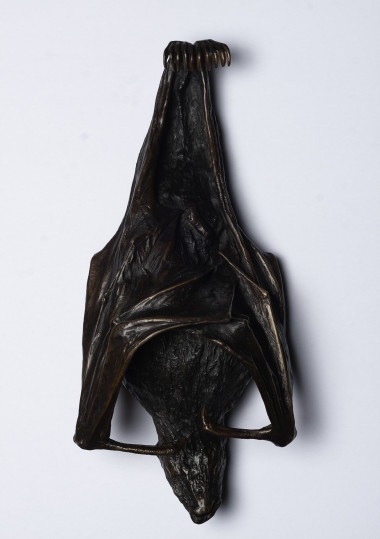 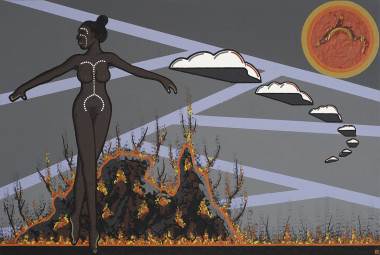 ashes to ashes, lust to dust 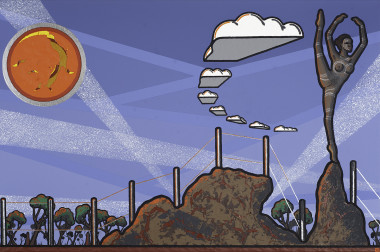 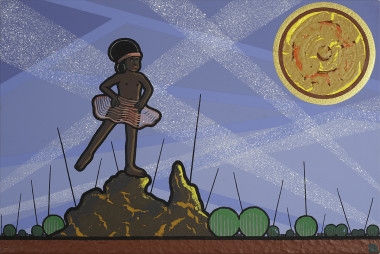 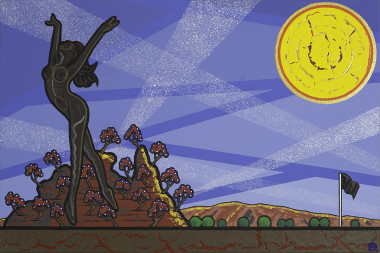 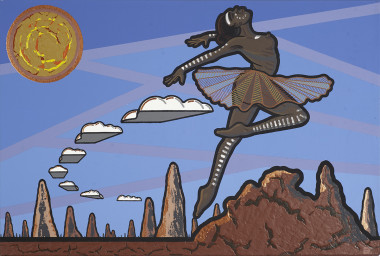 deadlines is next to godliness 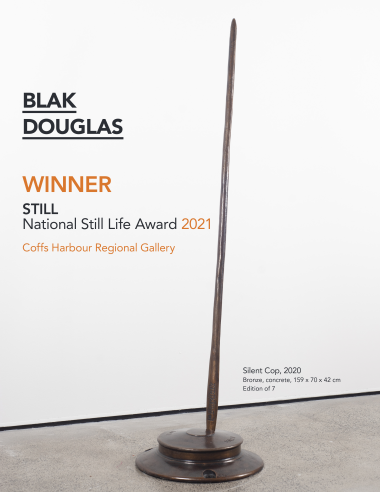 Blak Douglas has been awarded winner of the $30,000 STILL: National Still Life Award 2021 at the Coffs Harbour Regional Gallery for his work, Silent Cop 2020—judged by Elizabeth Ann Macgregor OBE, Director of the Museum of Contemporary Art Australia.