The West MacDonnell Ranges is one of the oldest rock formations in the world. Its decaying ridgelines stretch from Alice Springs, pointing to a land where the spirits are still masters of all. It is a mythical place and the home for eternity to the Arrernte people. For the rest of us, it is the landscape of the Red Centre. The geography is beautiful and rugged—sheer cliff faces give way to sandy, dry riverbeds. The climate has all the extremes one finds in a desert; searing heat and freezing nights, yet, life abounds everywhere. Survival in this land is about knowledge—naivety in this place rarely ends well.

From the late 1800s, this vast country drew missionaries who were following the way of the industrial world with the telegraph line. Graziers occupied the land with all the associated support that rural commerce requires. The resulting effects on the Arrernte are still being assessed to this day.  The fracturing of families, morphing of religious fervour with traditional lore coupled with European food and grog has left a stained legacy.  Yet, through all the upheaval, the people have remained strong to their ancestors and their heritage.  Beyond all, they have stayed true to their land, for that is intrinsic to their very being.

The first person to gain individual fame as an artist in the desert was Albert Namatjira in the 1940’s and 50’s. Within a year of taking up the brush, he eclipsed his teacher, Rex Battarbee. Namatjira had an extraordinary eye and touch for imaging his landscape in watercolour. The world embraced his work and the man. After his passing in 1959, the rise of the totemic imagery of the contemporary indigenous artists started taking centre stage. The Namatjira legacy was, for a time, marginalised as somewhat a white man’s version of an aboriginal vision.  This attitude belied the sensitivity that the artist possessed for his land and the delicate articulation of landscape and form. The way he imaged the shifts in tonality as the sun moved through its arc on the mountains, points to a complete understanding of light—akin to Monet's Rouen Cathederal. His work used a pictorial coding system to connect with his land and is in no lesser way relevant than the more recent greats of the contemporary desert art movement.

It is one of the singular tragedies of Australian cultural history that this great man’s life did not end well. The pressures and absurdities of being trapped between two worlds eventually took its toll. Indeed, it was only recently that the financial rights to his catalogue were returned to his family. The family and the community have kept the legacy and the vision alive.

The artists included in this exhibition are the holders of Namatjira’s memory and the stories they draw on his methodology. Many as children, remember the man painting in the valleys near the township. Their work is much more than a nod to art history. Each artist is acknowledged as a master in their own right ⁠—their work is included in most institutional collections in Australia. They care deeply for the land and have a strong passion to ensure its protection from exploitation.

This exhibition, commissioned with the Iltja Ntjarra Many Hands Art Centre, includes paintings of a scale and gravity that lead us to directly understand what living in this land is fundamentally about. 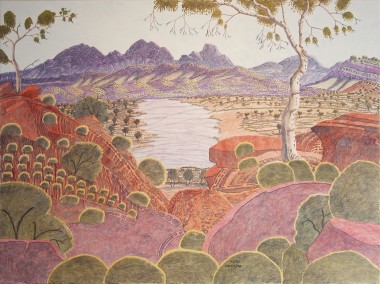 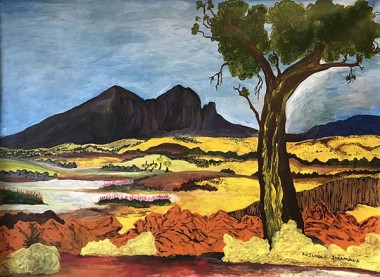 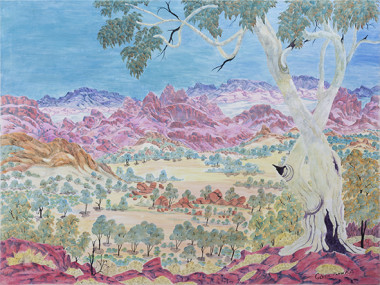 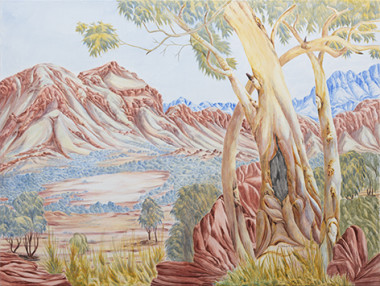 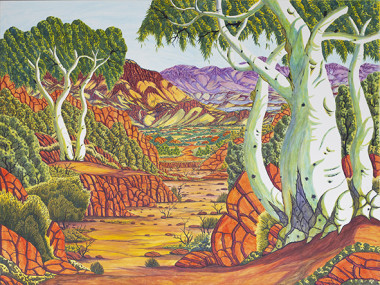 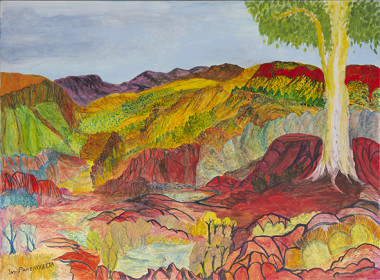