Turtles All the Way Down

Born 1975, UKLives and works in Sydney

TURTLES ALL THE WAY DOWN

‘A well-known scientist (some say it was Bertrand Russell) once gave a public lecture on astronomy. He described how the earth orbits around the sun and how the sun, in turn, orbits around the centre of a vast collection of stars called our galaxy. At the end of the lecture, a little old lady at the back of the room got up and said: “What you have told us is rubbish. The world is really a flat plate supported on the back of a giant turtle.” The scientist gave a superior smile before replying, “What is the turtle standing on?” “You’re very clever young man, very clever,” said the old lady. “But it’s turtles all the way down!”.

A long time ago, in a galaxy far, far away, I first encountered this particular anecdote about infinite regression in Steven Hawking’s pop-science best seller, ‘A Brief History of Time’. The lady’s dressing-down of the eminent speaker exposes the gaping hole central to human creation myths and theories alike; If God (or the Big Bang depending on your persuasion) created everything; then who or what created God (or the Big Bang)? Thematically a departure, yet simultaneously a coming home, this body of work reflects upon these existential themes: Who are we? What is our place in the grander scheme? Is there a knowable truth?

The wonder of our ever-deepening understanding of nature and the cosmos is linked to many of the great spiritual grand narratives. On one hand, scientific progress appears to debunk the scriptures; on the other, mathematical interpretations of empirical evidence at the subatomic or cosmological scale, point to a universe completely alien to human experience or comprehension, and require a similar suspension of disbelief.

As Ian Grieg observes, “at the poetic extremes of quantum speculation, science intersects the spiritual via the aesthetic perception of the infinite in the finite. Appeals to the theological and the ineffable are a particular mark of the confluence of physics and mysticism that characterise much popular quantum conjecture.” The leap of faith required in accepting, let alone representing, cutting-edge science should not be underestimated.

My painting process is both rational and intuitive, involving an iterative process of looking and spending time with each work. The construction of a figurative, formal and conceptual work is planned and purposeful. At the same time, paintings can sit in the studio for months and are created from multiple glazes; each one shifts the hue, value and tone over time, and moves the work forward. In this sense the method is an intangible act of faith. The resin materiality of my practice straddles both chance—in the pouring and settling of the resin under gravity; and control—demanding elaborate planning and preparation to achieve laboratory-like conditions for the greatest optical clarity.

As they have emerged, new technologies have brought a new view of the world, and are changing how much of the universe we see. What is becoming increasingly clear is the strangeness of the universe: In many ways quantum theory is more bizarre than even the most dogmatic reading of religious text. As soon as we escape the confines of our blue planet and venture into the greater cosmos beyond, we quickly grasp that qualitative notions about orientation—up/down, left/right—become redundant. Our vision too, is ill equipped to process the full spectrum of optical data, evolved to interpret the thin slither of the visible electromagnetic spectrum useful to earth-bound mammals over the last few million years.

In my practice, along with figurative clarity, I am compelled by what cannot be seen, or can be seen only with the help of technology. I explore these ideas through colour, luminescence, gradient, mark making, focus, rotation, geometry and the spatial ambiguities that optically ambiguous, shiny and transparent surfaces create, such as void, perspective, reflection and refraction.

While the resin mirror itself is entirely passive; it reflects what occurs in front of it, calling upon the viewer and environment to play an active part. Interplay arises between their fleeting appearance and disappearance. It is no longer pure contemplation—the losing of oneself in the image that is characteristic for the reception of pictorial art—but rather a direct confrontation with the self. Boundaries between realism and abstraction are challenged as the reflective artwork switches between void and image, while the very act of viewing affects the reading of the work in a manner analogous to the observer effect and other quantum phenomena.

The visual arts have evolved as new technologies for representation have become available, raising questions about the relevance of old techniques and the validity of new ones. Despite the abundance of these new technologies, what is it that remains compelling about crushed pigment brushed by hand onto a stretched fabric? In ‘What Painting is’, James Elkins describes the painting process as “something measured and rationalized, but ultimately felt”. He goes on to liken the painting process to alchemy, saying, “Painting is struggling with materials and not quite understanding what is happening”.

Louis K. Meisel – April, 2018
American author, art dealer and proponent of the photorealist art movement, having coined the term in 1969.

“I coined the word “Photorealism” in 1969 to in some way describe a widely scattered group of painters. I began to see in the 1960’s, painters who were unabashedly using the camera and photography to “gather” information for a painting—as opposed to the standard of drawings—and then using that information to make extremely realistic, almost photographic, looking paintings. Focusing on discovering, presenting and documenting these few painters, I then began to be approached by as many as 500 artists a year who, with a dearth of galleries paying attention to this genre, had few places to show their work.

In fifty years I have essentially found 10 artists a decade, or one a year on average, who have, as they say “caught my eye”. Giles Alexander is the most recent one. There have been a few from Australia whose work I have shown some interest in, but when I asked him to be included in one of the final shows at my 57th Street gallery in the spring of 2017, he became the first from that continent in my roster and will remain.

While there are a great many artists with the patience and physical skills to create beautiful detailed realist paintings, there are very few I consider the be “post modern”, contemporary and history making.

I am always looking for new ideas in imagery, composition, technique, surface, scale, content and, of course, ideas. While it is late now for any artist to be called a Photorealist, Giles Alexander has all the qualities and is making paintings which do qualify him to be carrying on the overall line of art history associated with this genre I have devoted my career to. The response to his work and comments made in its inaugural showings on 57th Street in the center of the art world, and in my booth at Art Miami (attended by close to 100,000 viewers), have proven this to me. He will be included in what I continue to do for this unique and select, small sector of fine artists in the world.” 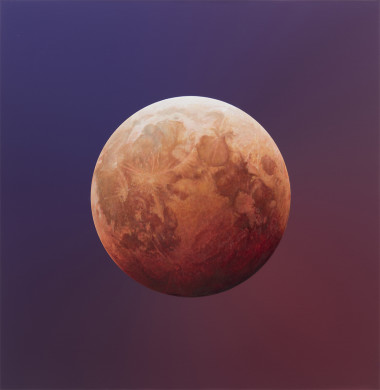 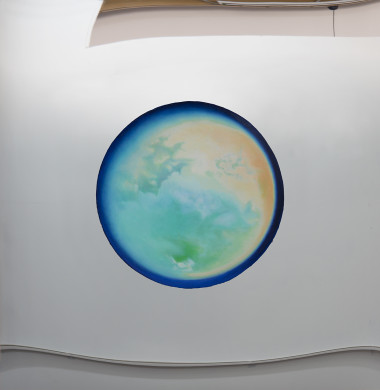 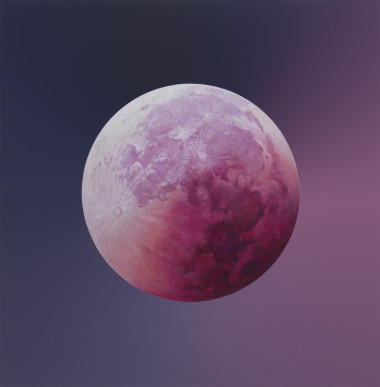 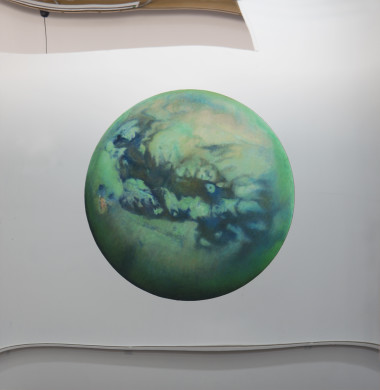 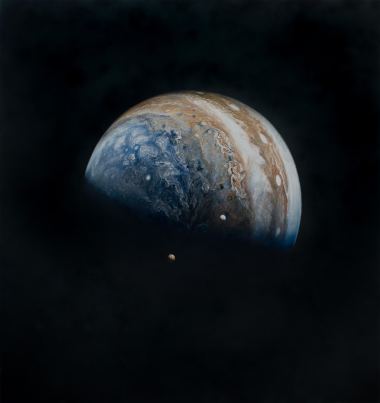 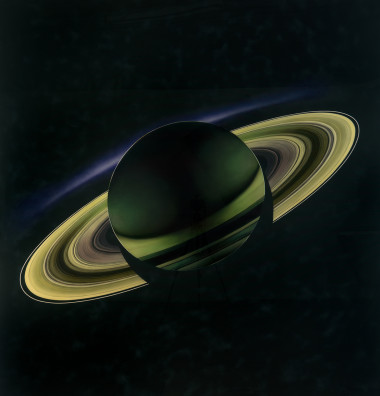 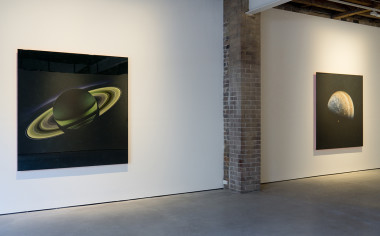 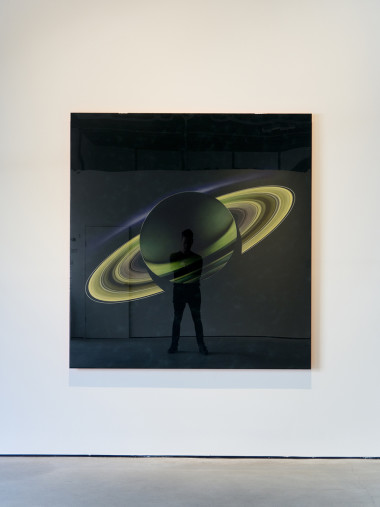 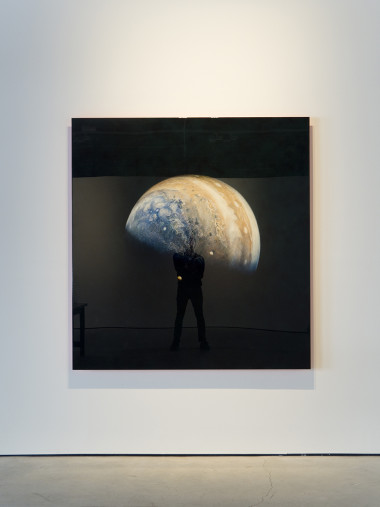