Born in 1960 in Shanghai, Adam Chang is a Chinese-Australian artist who grew up during the tumultuous years of the Cultural Revolution. Chang’s family were merchants, which made them targets of Chairman Mao’s Red Guards. At school, though Chang drew propaganda pictures on the blackboard and copied Mao’s calligraphy following the instructions of his teachers, he was ostracized by his classmates. Nevertheless, amid this political strife, Chang developed a penchant for image-making. During the Reform period of the late 1970s, when China recommenced trading with foreign countries, Chang was exposed to Western art through books that flooded into the country. He spent five years criss-crossing China, carrying his paint box and making en plein air landscapes. In 1988, he enrolled at the Shanghai University Art Institute.

Nearly a decade later, he moved to Sydney, where his painted portraits garnered attention. He exhibited in the Art Gallery of New South Wales’ Archibald Prize for Portraiture and Doug Moran Portrait Prize exhibitions. Several of his portraits now hang in private collections as well as at the prestigious National Portrait Gallery in Canberra.

Chang’s enduring passion has been to synthesize Western and Chinese artistic tropes, a path he has pursued stylistically and technically in recent years. Broad areas of paint, often monochromatic, are vigorously applied with brush, rag or palette knife to monumental canvases, which are populated by renderings of iconic Chinese subject matter, such as terracotta warriors, pandas, and Mao Zedong. His recent series of paintings Shan Shui with Pandas (2018– ) are proving increasingly popular at auction. Though they may seem maudlin and nostalgic, a second look at these paintings of China’s national animal reveal commentary on the country’s “panda diplomacy” and growing ambitions for global power. AAP sat down with the artist to discuss the evolution of his work.

You were a young child during the Cultural Revolution. What are your memories from this time?

Were you always interested in art as a child?

In school I was inspired by my art teacher, who encouraged me to take up drawing. Her name was Zhang Weiwei and she was the daughter of famous Chinese cartoonist Zhang Leping. My parents were always very supportive and sent me to painting classes after school. When I was 12, I started painting. During high school I studied Chinese calligraphy, and ink and oil painting.

What are your memories of art school in Shanghai and when did you first become aware of Western art?

When the Cultural Revolution ended in 1976, art schools in Shanghai started to recruit students again. I applied to the Dance and Art Department of the Shanghai Drama Academy but was refused a place. For several years after that I studied art by myself. Because of this, I discovered artistic styles beyond Soviet Social Realism. I saw Western art in books and fell in love with the works of Vincent van Gogh. Later, I became influenced by Abstract Expressionism, particularly the paintings of Jackson Pollock. Eventually, I joined Shanghai University in 1988, where I studied the works of artists from the European Renaissance through to the 20th century. At that time, my own painting shifted between abstraction and figuration.

I understand that during the 1980s you burned some of your paintings. Is this true?

Yes. I was never that satisfied with anything I painted during the 1980s and every two years I would burn the work. My younger brother David, who immigrated to Australia in 1989, managed to save some of my early work and took it with him to Sydney.

In 1997 you also immigrated to Australia. What was it about the country that attracted you?

David always spoke highly of Australia and I decided to join him in Sydney. For several years I had this feeling that I wanted to synthesize Chinese and Western art. After life in Shanghai, Australia proved to be peaceful and quiet, which really suited me. I was able to work in my studio without major interruptions. Even today I enjoy the quiet and peaceful world of the studio, where I can paint all night if I want to, without disturbing anyone or being disturbed.

Was it a struggle to establish yourself as an artist in Australia?

Yes, it was a great struggle because I was determined not to do anything other than paint. And that is how it has always been. Back then there were no buyers for my art. Now I am represented by galleries in Sydney and London.

Did you feel that you would be in Australia indefinitely?

I always thought that I would remain indefinitely, yes. Even during China’s years of opening up, and rapid prosperous growth, I decided to remain in Sydney. I am very happy here.

What brought about the change of style in your work, from the delicate and almost casual portraits of a decade ago, such as your 1998 painting of your brother David, and your portrait of the Sherman family—collectors of Australian and Southeast Asian work—from 2006, to the boldness of your now monumental, monochromatic canvases? I’m thinking of the portrait of South African writer John Coetzee as well as the portraits of movie producer Emile Sherman, for example.

I wanted to break away from the traditional painting style I had learned at university in Shanghai. At the time of the Beijing Olympics in 2008, there seemed to be discord between China and the West, and the sentimental tone of my painting back then seemed rather misguided. Even though I was, and still am, happy to paint the occasional portrait, my style has evolved from finely detailed images to broad, expressive statements. I have also turned my attention to more controversial subject matter: global politics, war, religion, and culture, for example. My Mao and the Terracotta series, which dates from 2009, is a good example and reflects on two Chinese tyrants, Mao Zedong and Emperor Qin, whose terracotta army was buried with him. These paintings conflate history and cultural icons across the centuries. You ask, why monochrome? In 2010, I painted Coetzee—who now lives in Adelaide, Australia—in red. Before the sittings with Coetzee, I read many of his books. They are often violent and sad, and always look back through time. Red, the color of violence and aggression, seemed an appropriate color for his portrait. I used the same color for my recent portrait of President Xi Jinping (2018). I always hope that the colors I choose, be they blue, red, green, or even grey, add a symbolic dimension to the subject matter.

Name one artist whose work has inspired you.

You recently presented the exhibition “Pandas and Treasures” at Western Sydney University. What were you trying to express in the show?

I included the Coetzee portrait as well as a portrait I painted of Brian Sherman in 2007 called, Brian, the dog and the doorway. Several of the other paintings were from the Shan Shui with Pandas series, and depict pandas, which are an important cultural icon for China, as well as a tool utilized as part of China’s soft-diplomacy tactics. When President Xi visited Vladimir Putin in Russia, for instance, he took with him two pandas as a gift. This “panda diplomacy” has been going on for years and it is said that President Xi signs off on every panda that leaves China. This may be an apocryphal story! In my works, the animals are painted in broad strokes amid wild and fluid shanshui backgrounds. My hope is that the paintings demonstrate how all life can exist harmoniously but also how the tentacles of Chinese influence are reaching across the globe.

Talking of Xi Jinping, I understand that you are painting a commissioned portrait of him.

I have no comment about that. I have painted President Xi’s portrait before. It is a large, red work and is anything but sycophantic. I am very happy with that portrait!

BY MICHAEL YOUNG
Michael Young is a contributing editor of ArtAsiaPacific. 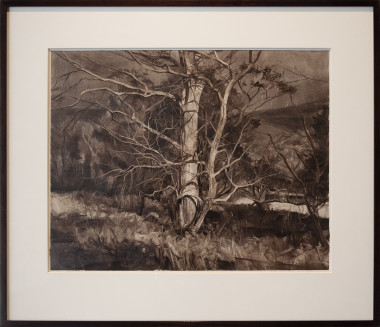 Currently on show in our Project Space is a beautiful collection of oil paintings on paper by Tasmanian based artist, Nicholas Blowers. View the catalogue here 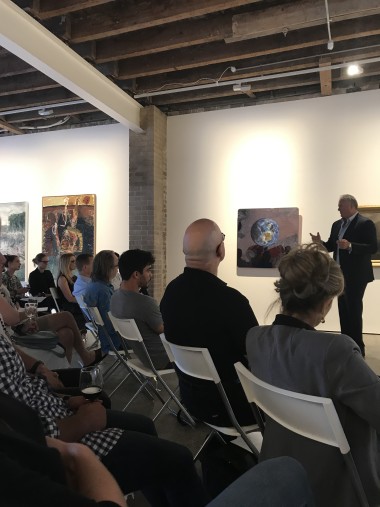 Nanda\Hobbs owners/directors, Ralph Hobbs and Raj Nanda, will present a lively discussion about the current Australian art market, the mechanics of it and areas of opportunity for collectors and investors looking to start or build an art collection. 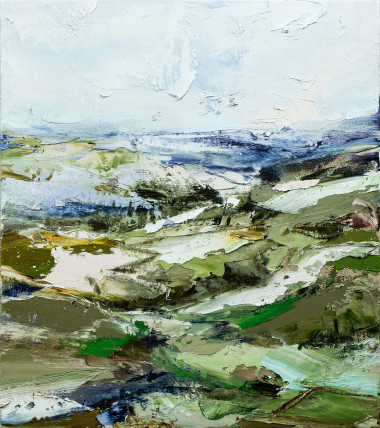