From July 2018, Mervyn’s work along with paintings by 5 other Indigenous artists will illuminate the sails of the Sydney Opera House for 12 months - at sunset and 7pm each day.

Mervyn’s father —a very important and influential role model—was a senior lawman and a respected member of his community. He fought for Aboriginal rights and protection of the land, working alongside the Central Land Council and assisteing in the Mabo agreement.

Mervyn paints in the style that his father taught him. At the age of 13, he moved to Hermannsburg where he first saw watercolour paintings being created by his uncles (Albert Namatjira’s sons, Maurice, Oscar and Keith). HIs family moved back to Alice Springs in 1975 and he began to paint with Basil Rantji who taught him how to mix colours.

Mervyn has developed a distinctive style in painting the landscapes of Mt Riddick, Mt Leichhardt, MacDonnell Ranges and views around Alice Springs, with a clear and vivid colouring. His paintings are in many collections including the Museum and Art Gallery of NT, Araluen Galleries and Ian Viner QC, and have been accepted into the 2007 and 2008 NATSIAAs. In 2013 he was invited to participate at the seminar “Presences in the Art of Rex Battarbee and Albert Namatjira” at the State Library of NSW.

In July 2018, a work by Mervyn was selected for the second iteration of the outdoor exhibition “Badu Gili” at the Sydney Opera House. Meaning ‘water light’ in the language of the traditional owners of Bennelong Point, the Gadigal people — it is a daily experience that explores ancient First Nations stories in a spectacular seven-minute projection. Mervyn's work along with paintings by 5 other Indigenous artists will illuminate the sails of the Opera House for 12 months - at sunset and 7pm each day. 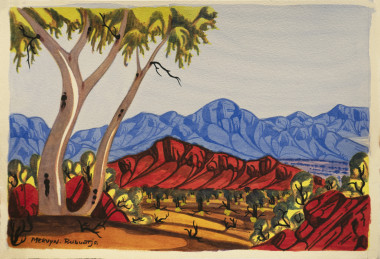 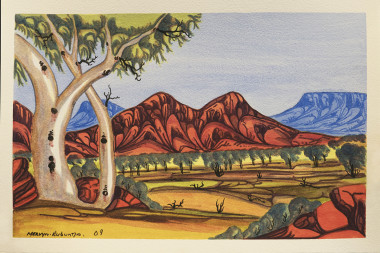 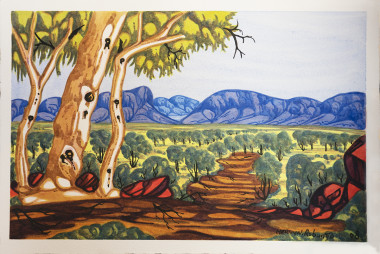 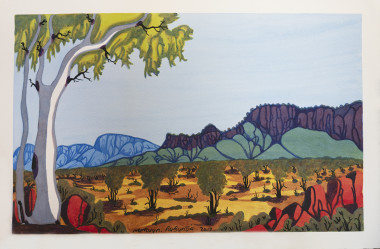 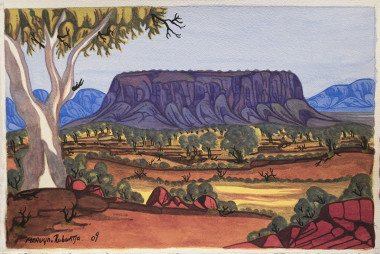 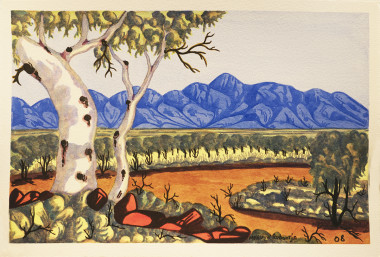 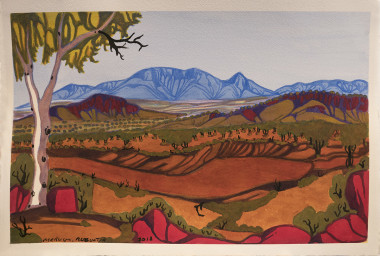 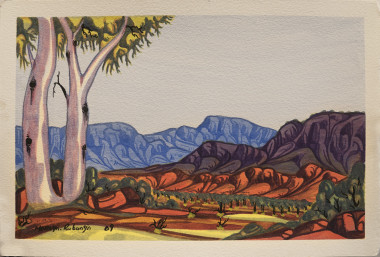 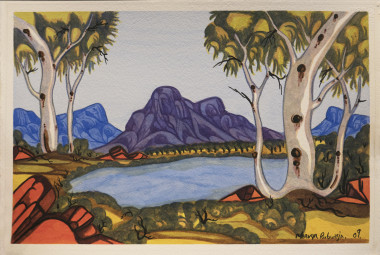 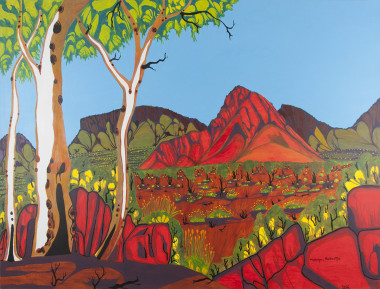 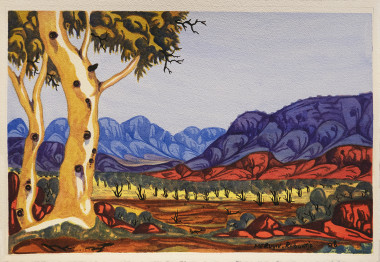 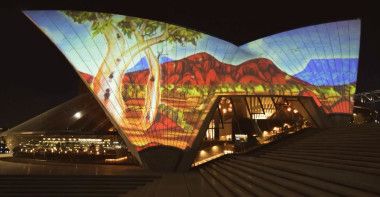 A vibrant watercolour painting by Mervyn Rubuntja will illuminate the sales of the Sydney Opera House every evening for the next twelve months. Mervyn was selected alongside five other Indigenous artists for Badu Gili - a daily experience that explores ancient First Nations stories in a spectacular seven-minute projection.

Many Hands, Home of the Namatjira Artists