1990Lives and works in Sydney

The Philippines is a culturally diverse nation with a particularly complex history. The introduction of Catholicism to the islands in the 15th Century by Portuguese traders was followed swiftly by the conversion of the people under the church's banner. Spanish claimants eagerly undertook the enforced indoctrination of the population. The Spaniards would rule for centuries until they ceded ownership to the United States in 1898. The new rulers were followed by the brutal occupation by the Imperial Japanese army during World War 2. Despite a history of violence and dispossession, the people of the Philippines are known for their warmth, generosity and openness.

Spirovski’s exhibition, A Foreign Father and a Child in the Dark, is a deeply moving investigation into her earliest memories of family and place woven into the tarnished societal tapestry in which she grew up. Upon moving to Santa Ana at five years of age¾and for the following four years prior to moving to Australia to follow her father¾Spirovski regularly attended the church of Our Lady of the Abandoned with her mother. This experience left an indelible impression on the young Spirovski. Outside the citadel of church walls, vendors sold garlands of Sampaguita flowers, scapular medals and colourful ropes of rosaries. Immediately behind them, the church’s smog-stained façade loomed large and beggars, mostly children, lingered. These incongruities continued upon entering the church. Brilliant daylight instantly faded into a smothering darkness and under the eerie glow of candles, a life-sized statue of Mother Mary watched over her congregants. For Spirovski, the statue of a tortured Christ¾his fibreglass skin, burgundy blood and unnatural height¾fuelled many nightmares. Beyond this area lay a magnificent, gilded altarpiece, statues of apostles in resplendent robes and the voices of a choir that filled the room with warmth. There the young girl would lie on the kneelers and close her eyes.

While living in Santa Ana, Spirovski adopted an orphaned macaque. Taken from the wild and domesticated, the monkey’s caged existence becomes a wider metaphor for Spirovski’s sense of constriction in the Philippines. The macaque, however, did not fill the void left by her father who, due to the war in the Balkans, was compelled to stay in Australia as a means of supporting his new family. After meeting her father for the first time at age seven, Spirovski would pray for their family to reunite. It is these deeply personal anecdotes that Spirovski so elegantly laces into fabric of her works.

In her exhibition, Spirovski pays homage to the cockpit scene in Jose Rizal’s epic 1887 novel, Noli Me Tángere (Touch Me Not). An intellectual hero of the Philippine Revolution, Rizal became a beacon of hope for the Filipino people. His impassioned critique of life under Spanish colonial rule played a crucial role in shaping the political history of the Philippines and the people's fight for freedom. In Spirovski's paintings, we enter Rizal’s cockpit¾a manufactured environment showcasing the tensions between victorious and vanquished. While the roosters entered a dance of life and death, viewers were swept up in the absurdity and pageantry of the contest. For the artist, each rooster is painted with its own identity, dignity and even a laconic Australian humour. This becomes a meditation on her childhood¾memories of living in a densely populated, often claustrophobic place of violence and innocence, shattered hopes and fulfilled dreams. Spirovski takes these dichotomies and playfully pits them against one another, challenging the viewer to question their assumptions and see the Philippines through the eyes of a young girl.

Join us for an Artist Talk on Saturday 25 June, 2pm — Loribelle Spirovski in conversation with Ralph Hobbs   RSVP 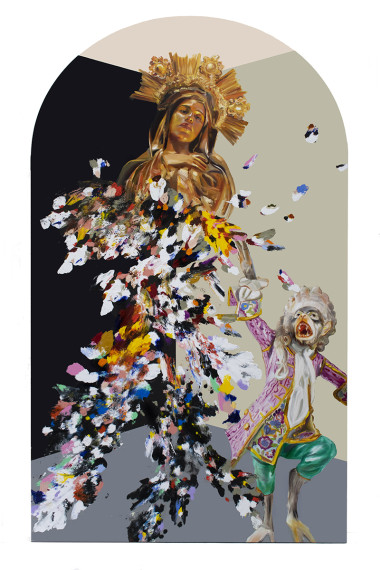 A Child in the Dark 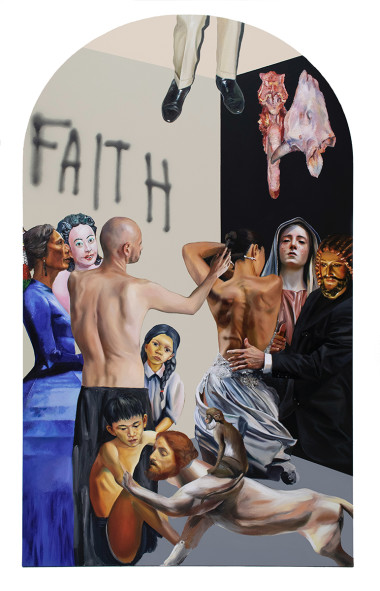 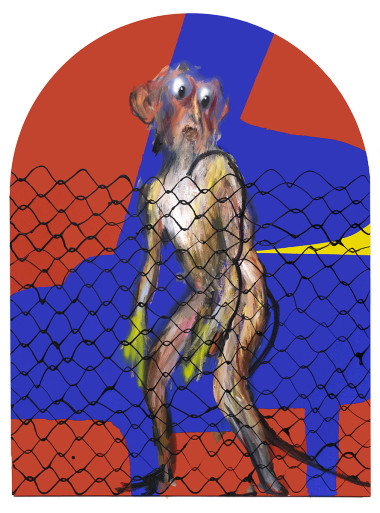 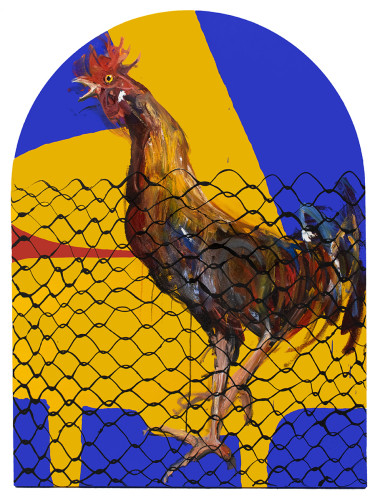 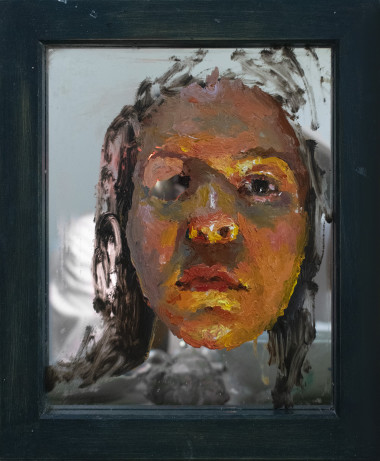 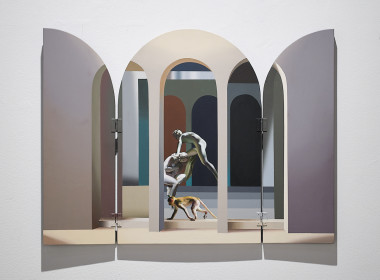 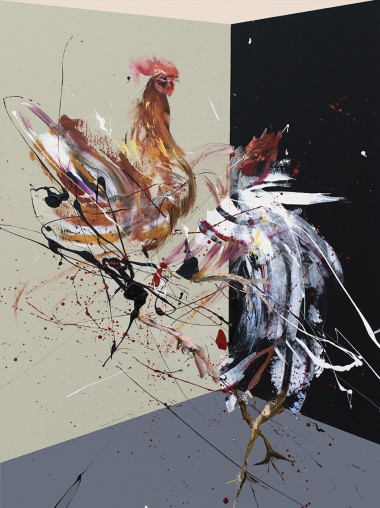 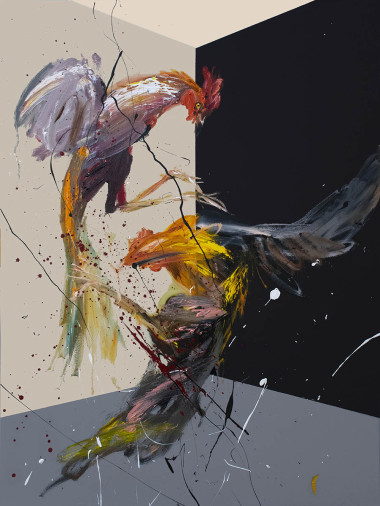 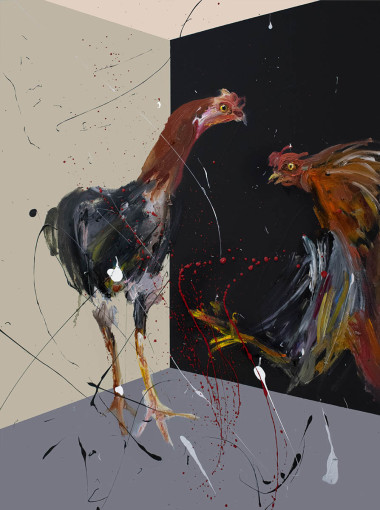 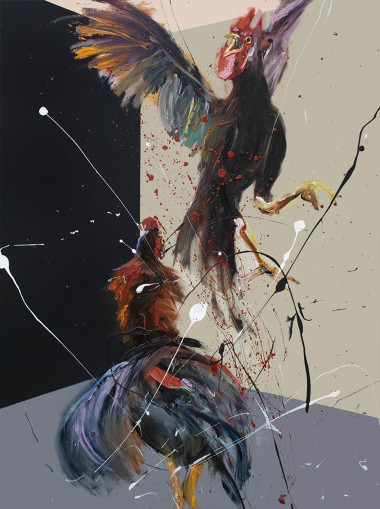 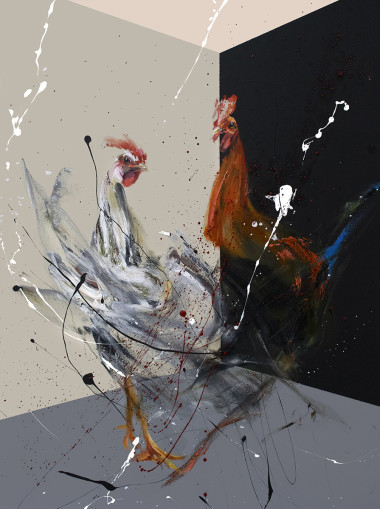 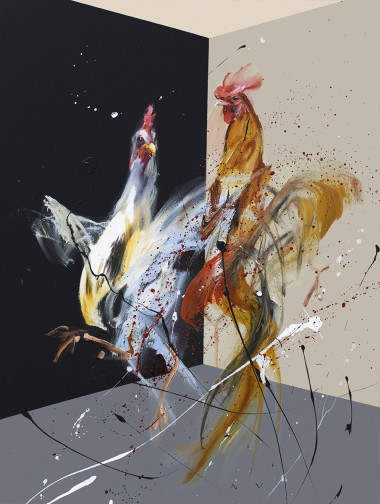 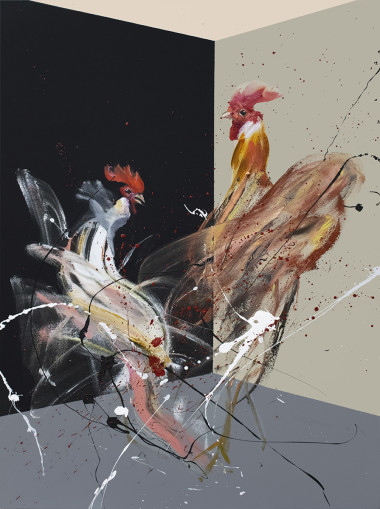 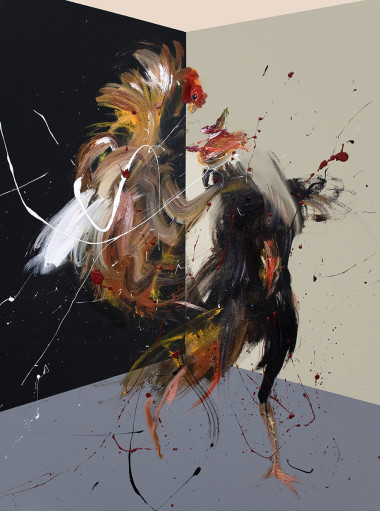 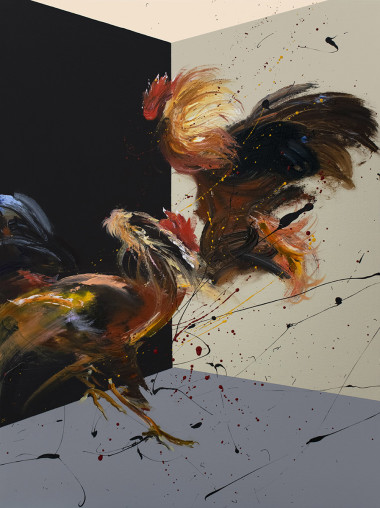 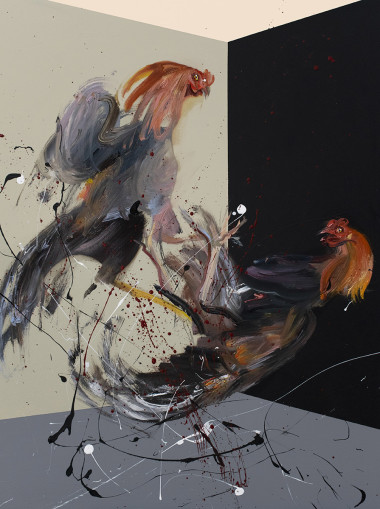 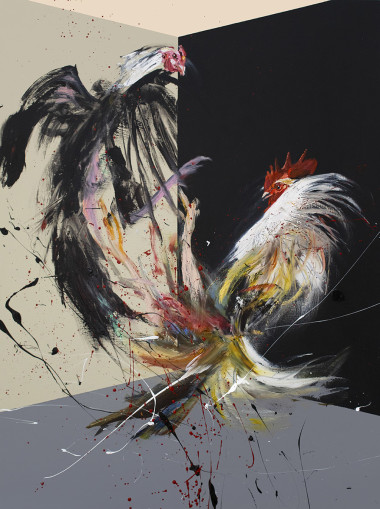 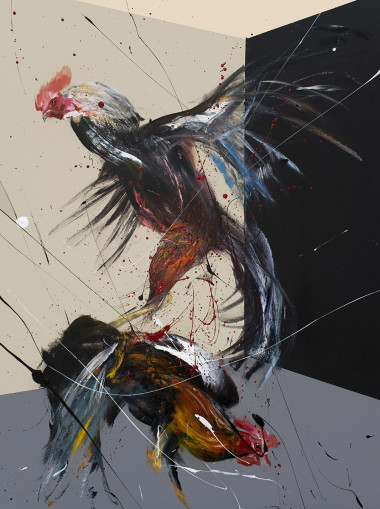 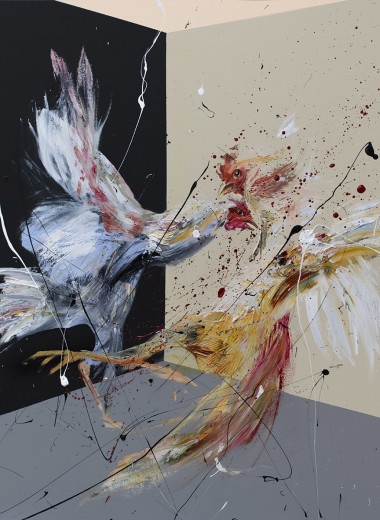 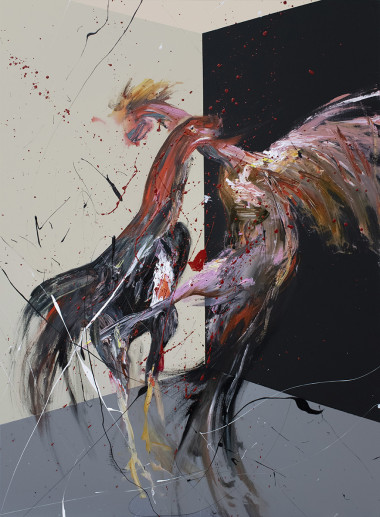 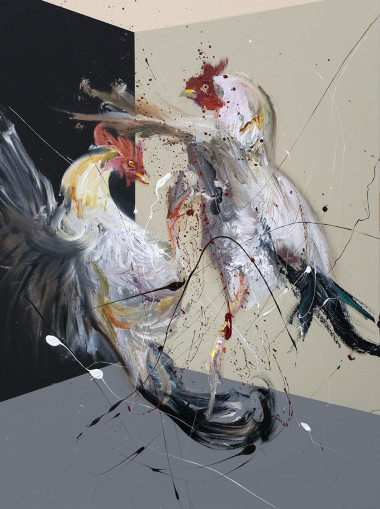 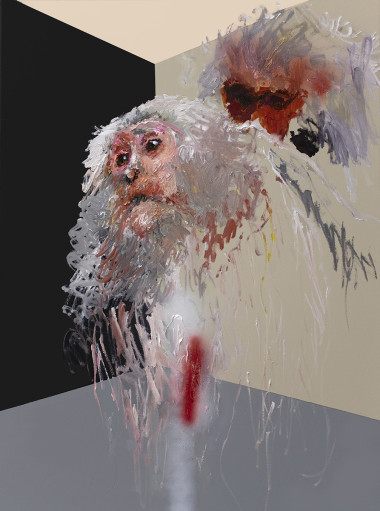 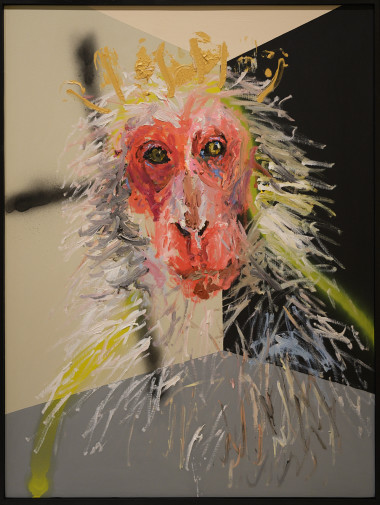 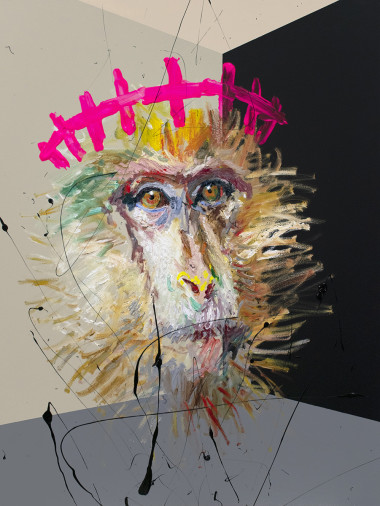 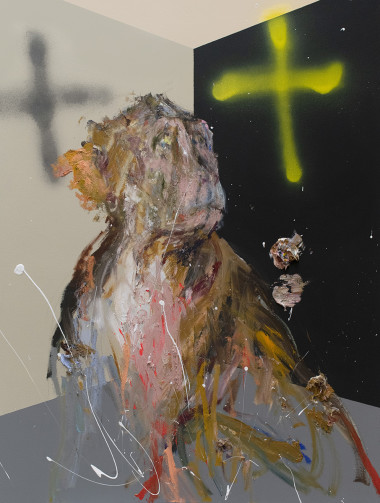 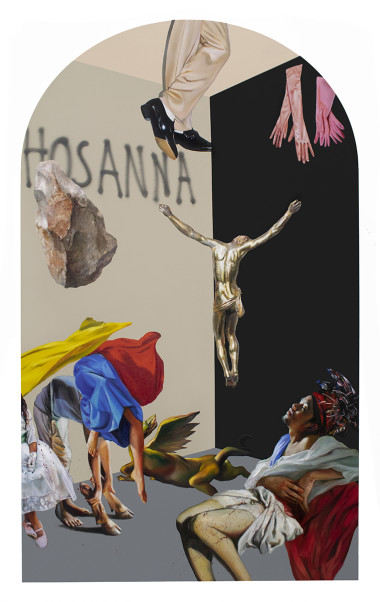