A Sea of Discontent

Over three decades of artistic practice, Adam Nudelman has refined both his creative vision and technical skill to forge a distinctive interpretation of the Australian landscape. In it, symbolic forms are married with scenes from the natural world that are both meticulously rendered and deeply felt.

Many of the paintings that comprise this new series contain features that have become classic within Nudelman’s oeuvre. In each work a grassy foreshore leads down to calm waters, with distant hills on the horizon that rise up toward shifting, light-filled skies. Founded upon years of observation and study, Nudelman portrays the landscape with detailed attention. Here, he takes cues from masters of the genre such as Eugene von Guérard, whose accurate depictions of Australia’s unique geology and flora were cast through the lens of the European romantic landscape tradition. Similarly, Nudelman imbues his imagery of Australia’s coastal regions with an emotive, and spiritual dimension.

Sublime scenes oscillate between atmospheric drama and perfect calm. Yet, these idyllic visions are quietly subverted through the introduction of lone steel structures whose ambiguous presence becomes the focal point within each work. These take different forms. Some bear similarity to shipping markers used to guide vessels through watery straits. Others appear as raised viewing platforms or watch-towers. All speak to the human need to observe, guide and direct, in this context to the safety of the shoreline. This metaphorical resonance is made more pervasive in relation to the motif that is most extensively explored in this body of work – the skeletal form of a boat.

This shape, more so than Nudelman’s other structures is one that bears an ancient archetypal significance. The artist has represented boat forms intermittently over the past decade, drawing upon their allusions to human movement and migration. In this series he has further developed this powerful motif in response to the international crisis of displaced people fleeing war and persecution. In Nudelman’s work the boats’ elegant and evocative presence in calm Australian coastlines act as a reminder that journeys by sea to find safety, or a new beginning have been a fundamental part of the human narrative. A narrative that nations such as Australia were founded upon, pre and post colonisation. While within the artist’s personal spectrum, the boat form relates to the voyage by sea that Nudelman’s close relatives of Polish Jewish origin made when escaping war torn Europe in the 1940s, a journey that saved their lives.

As the grandson of European immigrants, Nudelman was an adult when he discovered his Jewish heritage. At this point, his work began to express the tension between belonging to Australian society, versus a sense of dislocation from the newly revealed faith and culture of his relatives. This prompted deep questions about his familial history and what other untold stories might reveal. Such matters go to the core of personal identity, of the need to understand where we have come from in order to locate our place in the world, and it is this silent questioning that has underpinned much of Nudelman’s practice. Yet, it appears in his work as a subtle subtext, rather than the main line.

In terms of technique, Nudelman’s approach is restrained and methodical. He orders the landscape by breaking it down into horizontal bands that stretch across the canvas, generating depth within the picture plane as they move from the foreground to the distant horizon. Above these bands of earth and water that are in part inspired by Mark Rothko’s reductive abstract paintings, Nudelman fills his canvases with immense skies that establish the mood for each picture – be that tranquil or turbulent. Here, the artist’s passion for capturing light and atmospheric effects takes hold. The resulting cloud-scapes are anchored by the weighty stretches of sea and earth below, which are based upon the Gippsland coast in Victoria, or the Hinchinbrook region in QLD that also features in some works in this exhibition.

Regardless of location, elusive memories seem to haunt Nudelman’s images like the sound of wind passing over vast, open spaces. The artist’s response to the intimate passages of nature allows enough space and quiet for his audience to absorb the view, while contemplating the deeper messages latent within it. Therein lies the works’ captivating quality. 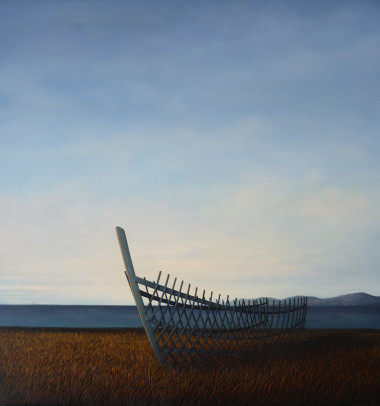 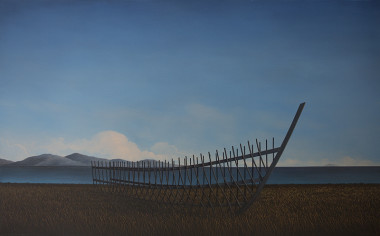 6pm on the seventh day 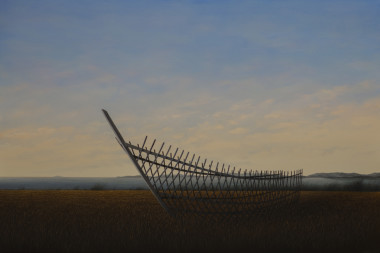 A sea of discontent 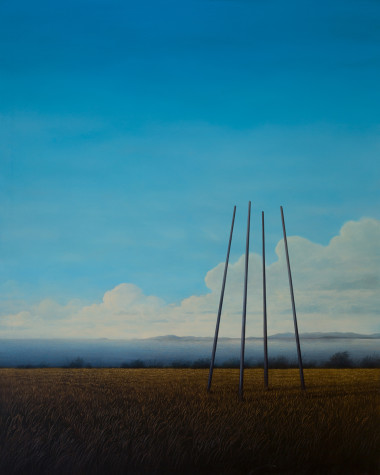 An island in your heart 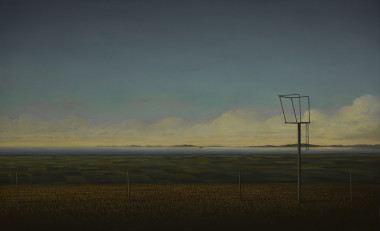 Before my eyes were open 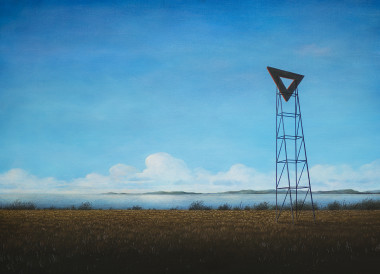 Before the night divides the day 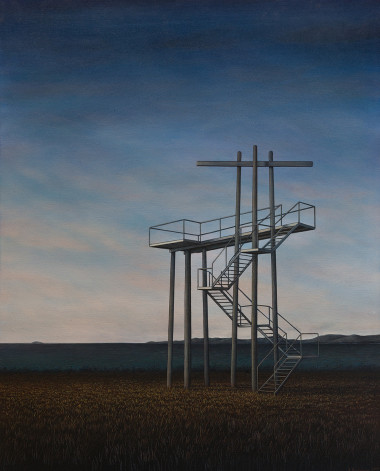 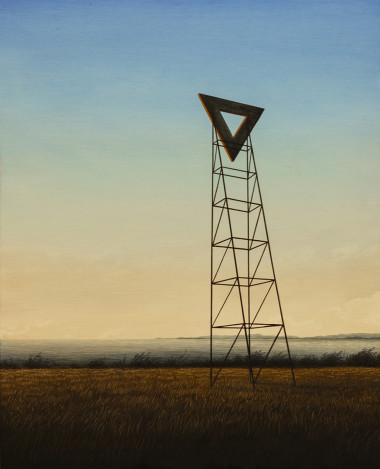 If that's what it takes 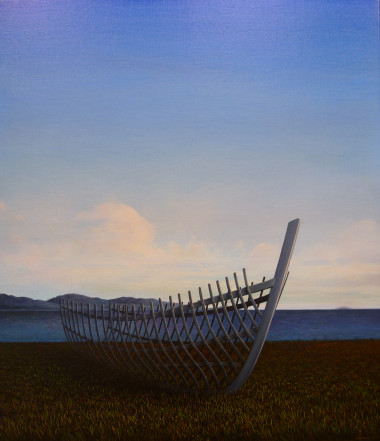 Just a replica of what could have been 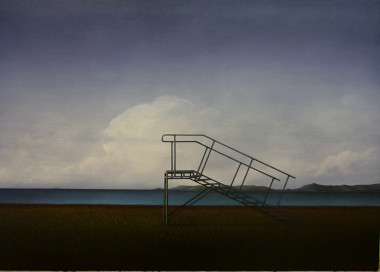 On the brink of emptiness 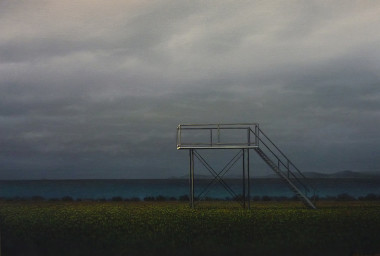 So many reasons why 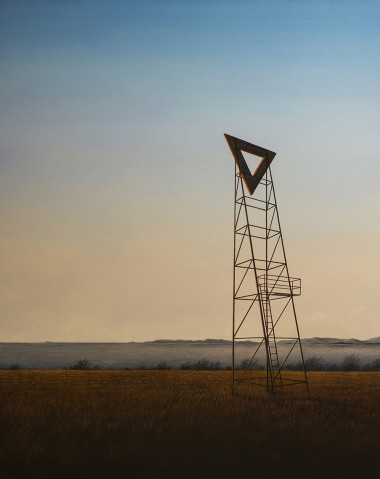 Sometimes every word has been used

The Darkness Only Lasts a Nighttime (triptych) 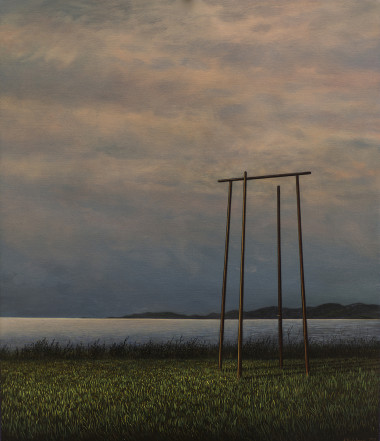 What the days reveal 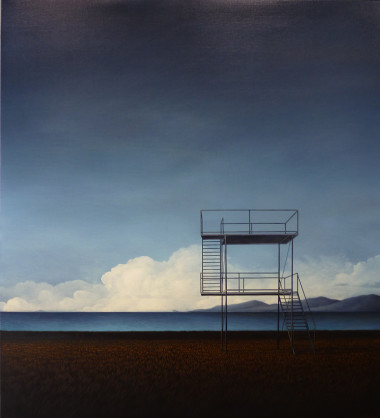 When the ears don't hear what the eyes can see 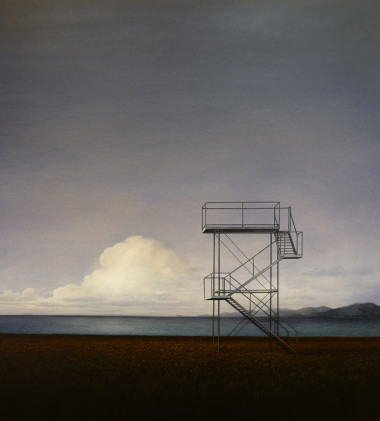 When the night holds no answers 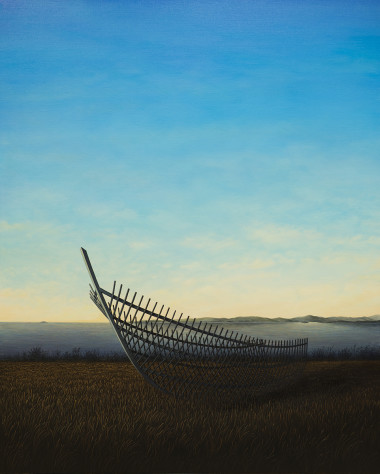 When the stars seem to lose their place 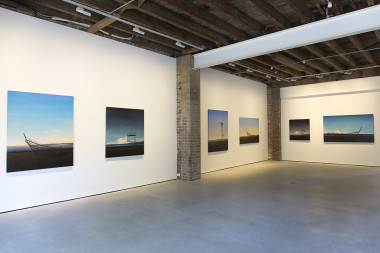 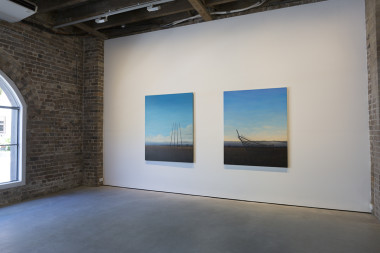 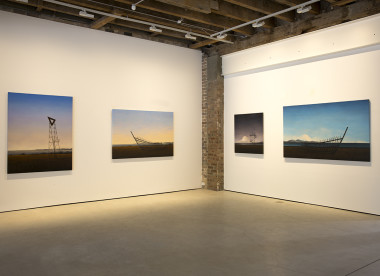