Lives and works in SydneyFinalist in the 2015 Wynne Prize, Art Gallery of NSW.

A Very Dutch Ghost by Louis Pratt is an experiential sculptural work that combines art and science to extend the canon of anamorphosis in art.

The observer forms part of the work, as the mediator between the sculpture and its reflection. This work exploits a law of physics that has never before been applied in art. The effect is unlike anything we have seen before – evoking qualities of the holographic, ghost-like and the ethereal.

Arguably the most famous historical example of anamorphic art is the painting by Hans Holbein the younger called The Ambassador’s painted in 1553. A Very Dutch Ghost, pays homage to this seminal work while also referencing Vincent van Gogh’s painting of a skeleton smoking a cigarette.

The installation comprises of a stainless-steel concave mirror and a bronze sculpture - an anamorphic distorted skull. The curvature and optic distortion of the mirror has been accounted for in the creation of the sculpture, so that the image in the reflection appears undistorted.

At the same time, the reflected image seems to come towards us, and to move with us, appearing, in front, rather than inside the mirrored surfaced, as we would expect. This work builds upon Louis Pratt’s more than twenty-year exploration of anamorphic art, and his propensity to push the boundaries to create compelling and enigmatic sculptural works.

The work has been developed through PhD research and collaboration with leading computer scientist and geometry processing specialist, Dr Nico Pietroni. The pair worked together to develop bespoke ray-tracing software that allows them to correct the distortion of objects caused by curved mirrored surfaces or transparent media.

A Very Dutch Ghost explores art history and the illusory nature of perception, with an innovative approach to sculpture practice, which promises more exciting developments to come.

"A Very Dutch Ghost is the ultimate experiential artwork and should be viewed in person."

The sculpture will be on show in the Nanda\Hobbs Project Space until 17 September. 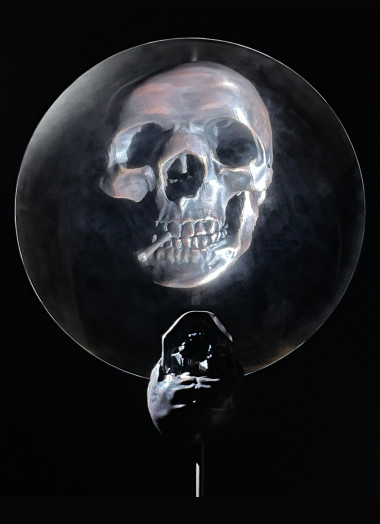 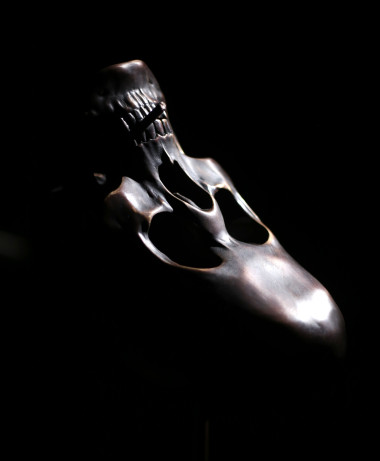