All those things we are

There is something deeply haunted about the Australian outback. Something buried in its bones and soil. Not the tourist-driven outback of Broken Hill, but the silent moments betwixt bush and farmland, the moments where man has been, left a mark, and then vanished again, leaving strange spirits to return.

As one who has traversed numerous remote landscapes around the globe, I return again and again to the sheer sense of the ghostly, the unheimlich captured so brilliantly by Sir Sidney Nolan in Pretty Polly Mine (1948), Russell Drysdale in Red Landscape (1945) and, more recently, Philip Hunter in his Wimmera works. Adam Nudelman joins their ranks in exploring the untenable—and almost—unpaintable ‘reality’ of the Australian land.

This strangeness exudes more than the brutal colonialist underpinnings endured by early settlers or the slaughter of the Indigenous people (although that too adds a further level of haunting). Even Old Blokes, born and bred in the outback and not given to flights of fancy, admit the same. It is the sense of void, of inherent emptiness, despite the rural fences and structures. It is this void that Nudelman captures with such immense power.

A part of this is Australia’s heritage. A land where crows gouge and tear dying livestock, a land of the battler and the cobber, a harsh but extraordinarily beautiful land, as our earliest poets attested. We celebrate it without often realising it; in books—Gerald Murnane’s The Plains, Colleen McCullough’s The Thorn Birds; in film, from Wake in Fright to The Chant of Jimmie Blacksmith; and most of all in our visual arts, from von Guerard to Nudelman.

It was surreal before colonial intervention and, as Nudelman’s work attests, all that had to be added was the cargo-cult cache of off-kilter fences and misplaced gates and the strange, unexplainable and incongruous symmetry seen in When all the world’s asleep and throughout his oeuvre. Nudelman’s symmetrical motifs sit like alien artifacts at odds with their environs, evoking a strangely nostalgic, even melancholic, air. We are, perhaps, reminded of our own alien presence upon the land, the simple fact that we are all ‘visitors’ or ‘immigrants’ leaving transitory marks to embellish some sense of ‘belonging’.

Australia, perhaps more so than any other landmass, is a country made up largely of visitors, of immigrants from far and wide—Irish, English, German, Chinese, Jewish and Vietnamese to name but a few. Often rendered homeless by circumstance, or settling by choice, each leaves a mark upon the land. The rusting symmetry of When all the world’s asleep is an Australian Stonehenge, as mysterious in its way as those pre-Celtic rocks.

In the Outback one often encounters the surreal, the unexpected and the inexplicable. Perhaps the structures in Beyond the turn or A Moment out of reach have their functions or perhaps they are simply religious icons from a long-forgotten faith. But those who erected these structures seem long gone, ghostly memories under vast skies. 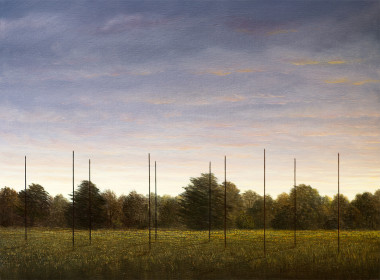 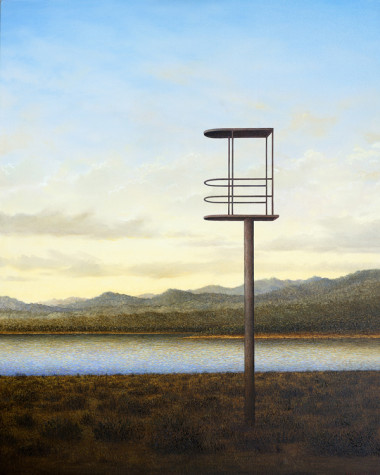 A sea of tears 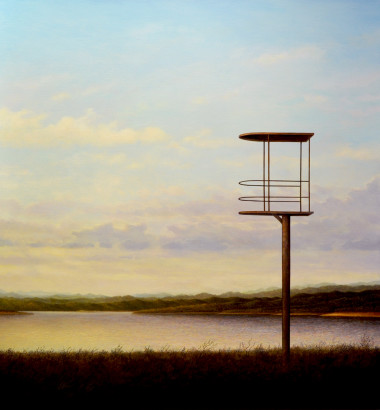 All those things we are 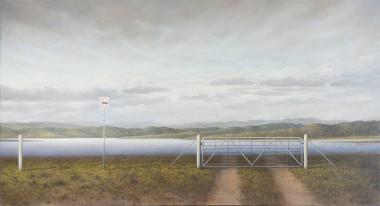 Always the last to know 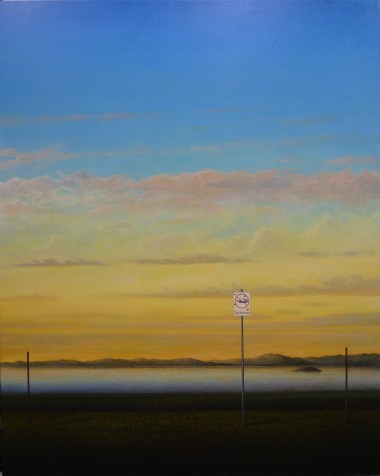 And some called it paradise 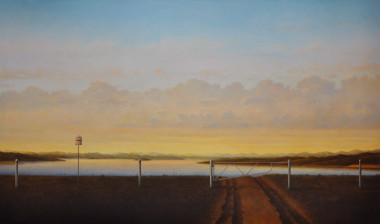 Before the grace of you 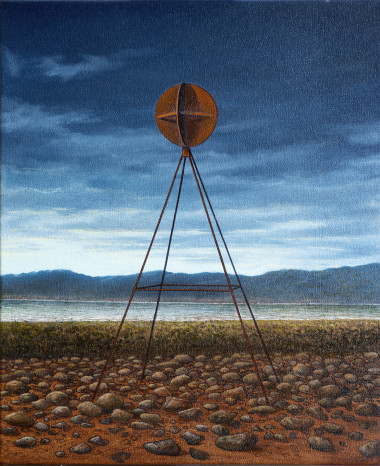 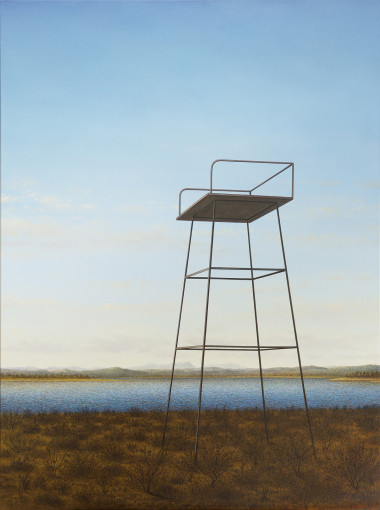 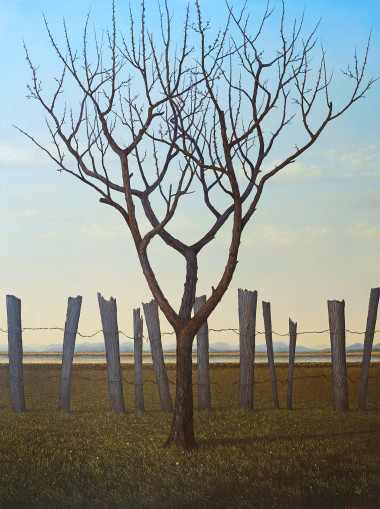 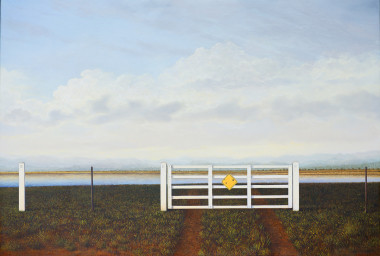 Out of the fallen 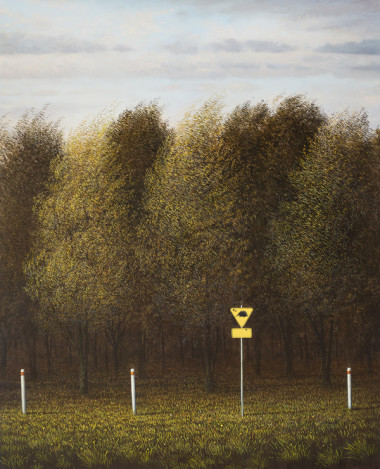 The state of the heart 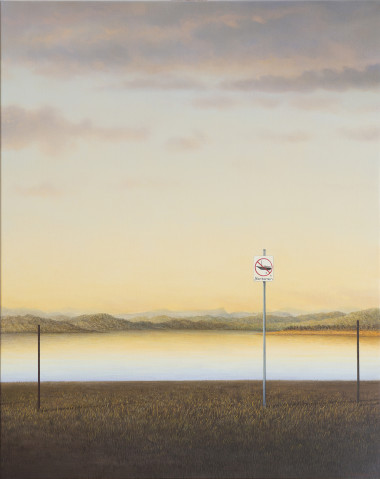 We take comfort in the idea of a paradise 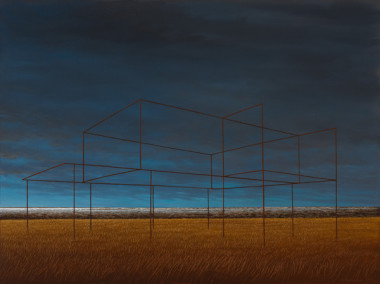 When all the world's asleep