1978Lives and works in Sydney

Barren Land is a two-year exploration of the interior by Caroline Zilinksy that pries open our myth-laden relationship with the Australian outback with crowbar force. Zilinsky is an artist who sees the world through an unfiltered, truth-telling lens. Her vision is direct and pathos laden. One enters her work with a duality of sensations; enticement and intrigue, then, like a late-night mugging, one is sucker-punched as the true meaning dawns. Zilinsky possesses a clarity of line coupled with an intellect that allows her incomparable visual wit (unrivalled in contemporary Australian painting) to shine. Her world is one we look at but never take the time to really see.

This exhibition was borne from the retracing of Russell Drysdale’s journey to the far west of NSW¾the land beyond much of the infrastructure of modernity. Drysdale’s seminal imaging redefined the placement of people in a landscape. Rather than depicting man’s subjugation of the land, Drysdale instead positioned figures as an intrinsic part of the landscape. Indeed, his portayal of First Nations peoples as prominent and proud people woven into the fabric of the brooding compositions, elevates a marginalised subject for the first time in Australian painting.

Zilinsky has no fear of the underbelly of society. She has always revelled in bringing the ironic beauty that exists in those whose lives are on the fraying edges. Her narratives do not seek our sympathy, nor does she characterise, rather she offers a social realism in all its gritty seriousness evoking the ghost of the Belarusian modernist, Chaim Soutine. She is ever provocative, yet autobiographical moments in her work point to the honesty of her oeuvre. Like Drysdale, the relationship of her protagonists to their immediate surroundings is paramount to the reading of her work. She is restless to bring us to an uncomfortable truth about how we deal with those who live in our society.

In Barren Land, the artist prods at her iconic predecessor asking further questions about the narrative of women in the desolate interior. Zilinsky celebrates their survival and will to prosper in an endless plane of palpable isolation that they must embrace in order to stay sane. There is a velvet-like quality to her paint surface that elicits a feminine sensibility, juxtaposed against the harsh landscape. The precise line in Zilinsky’s drawing prevails in her paintings. Etched into the paint surface, it serves to bring clarity to the forms and figures that reside in the composition.

The reading of Australian history is littered with the lies of omission. The place of women, First Nations peoples and immigrants are prominent in their broad absence from the stories and images by myth makers of the last two hundred and fifty years. Zilinsky sees the world differently and it is her fervent endeavour to address the imbalance.

Caroline Zilinsky talks to Richard Morecroft about the challenge of painting the landscape, the locals who forced her into unfamiliar territory as she captured vast spaces, isolated individuals and cultural dislocation – but also camaraderie and community. 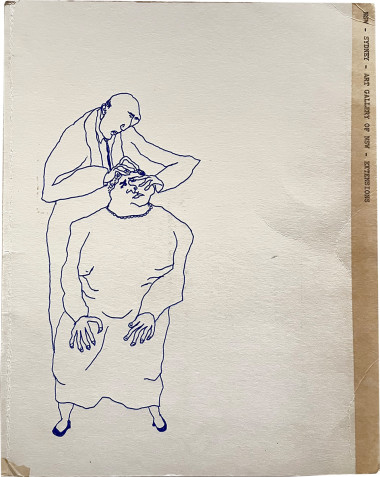 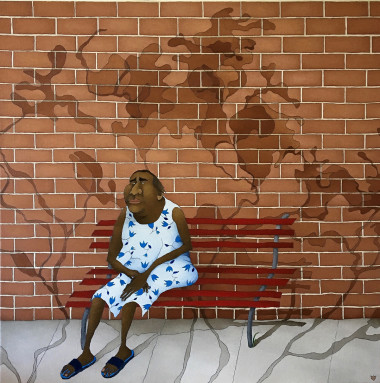 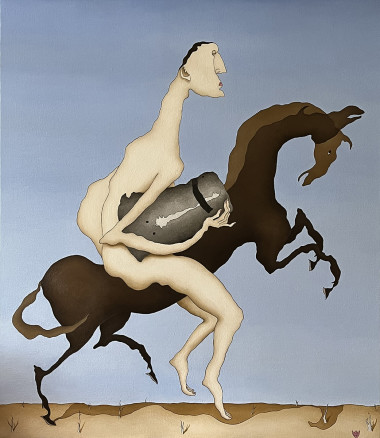 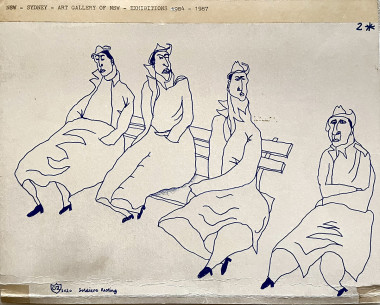 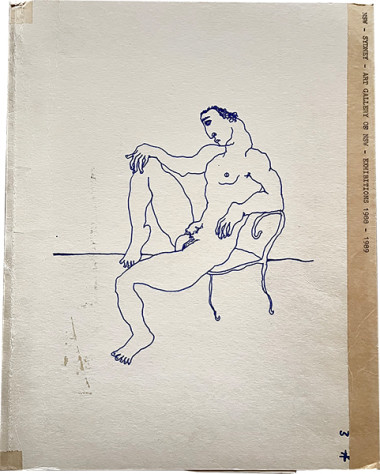 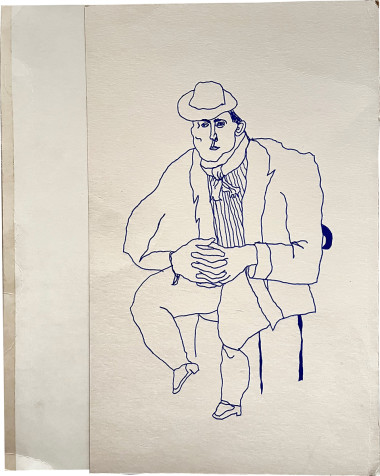 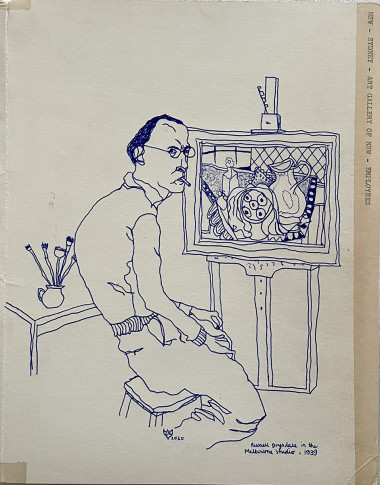 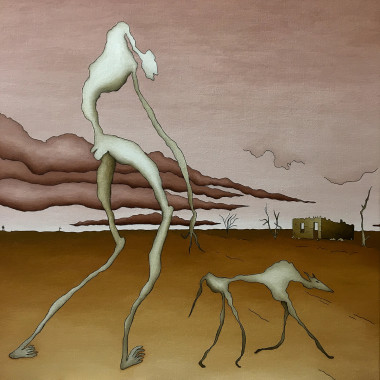 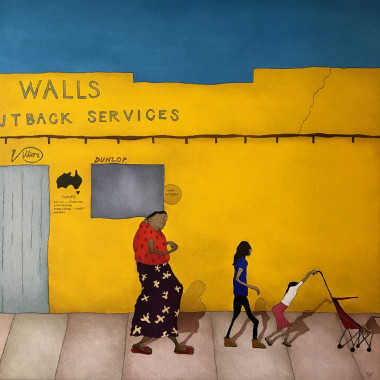 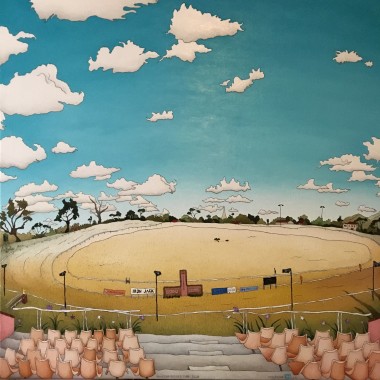 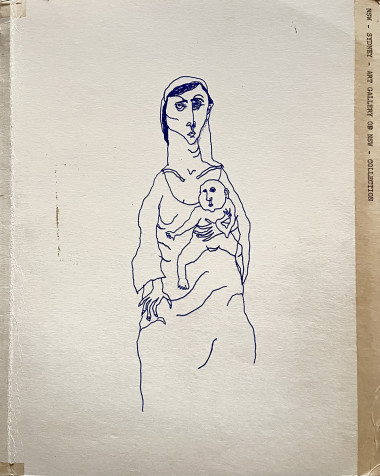 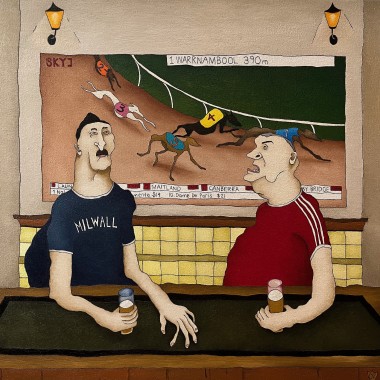 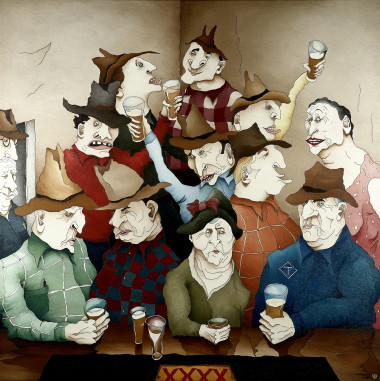 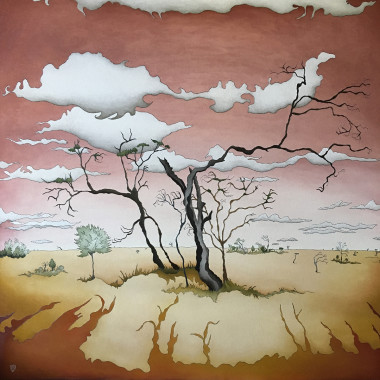 Tangled Veins of the Hay Plains 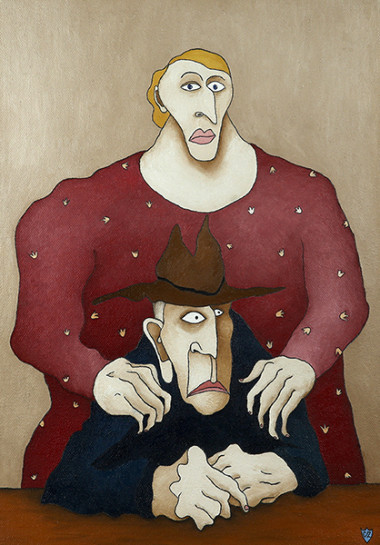 The Rise of Annie O'Connor 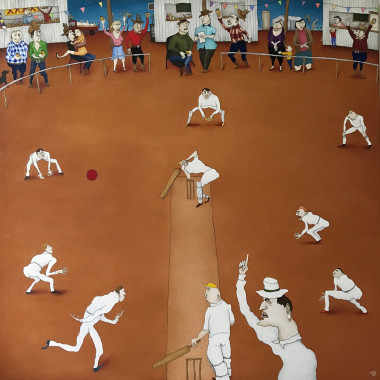 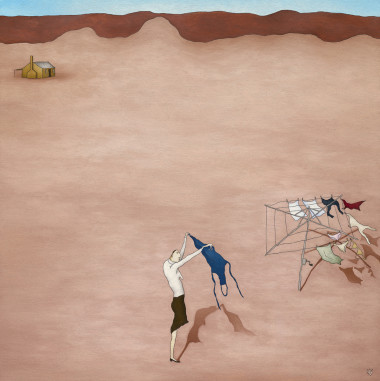 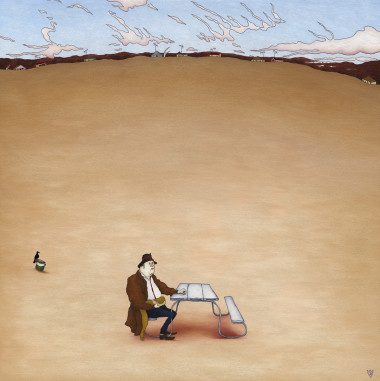