Nicholas Blowers’s new exhibition Deadwood Shallows is a powerful account of loss and redemption in the landscape.

Blowers, for much of his career, has been interested in the beauty created through the deconstruction/destruction associated with both the natural and the man-made world.

It is well documented in history that man’s intervention in the natural world has often been catastrophic. Blowers is less judgmental about the human/industrial relationship to the land. Rather as the artist, he searches for the Romantic beauty in a place that is decaying and not immediately recognisable as beautiful. Ever the rationalist, he is celebrating the new truth of the reinvented landscape.

In this exhibition, Blowers has delved into an ancient forest drowned nearly fifty years ago, in south-west Tasmania. It was a time when industry came first and as a consequence, the wild Gordon River was dammed along with the then pristine Lake Pedder. The vast lake system that resulted has for decades generated hydroelectricity for the state. In recent years, the continued draining of the water for power generation and lack of rainfall has revealed the lost forest standing on the cracked clay lake floor.

The contemporary landscape stands in its Neo-Gothic glory. There is a monastic quality to its composition. Its beauty is informed by a sense of loneliness borne of its geographic isolation.  The giant broken and tangled forest stands like the ruined cathedrals of Britain. These great structures were sacked in response to the 16th century political will of the Reformation under the orders of King Henry VIII—known as the Dissolution of the Monasteries. The ruins were to become a compositional mainstay of the great English landscape tradition. It is an example of how destructive power can ultimately morph into an aesthetically beautiful art form.

Blowers is aware of the lineage of his artistic stream. British by birth, it was seared into his consciousness from a young age. His articulation of the landscape is created through a language of marks and lines that dance across his paintings, interwoven and carefully composed to give the view due reverence. He describes the new truth that we are confronted with.

Deadwood Shallows is a powerful continuation of the visual discussion that German Romantic Caspar David Friedrich began in the 19th century. His austere landscapes alluded to a profound spiritualism one feels in the face of nature. They make us participants rather than voyeurs.

Through his new paintings, Blowers fills the picture with mystery and an ‘otherness’ that we must commit to as an experience—not as passive viewers—if we are to have a chance of decoding the contemporary artist’s monumental vision. 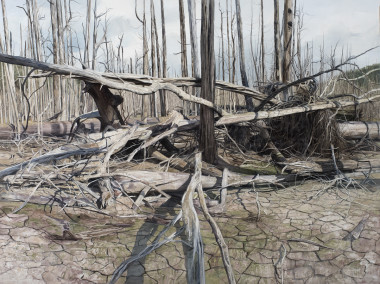 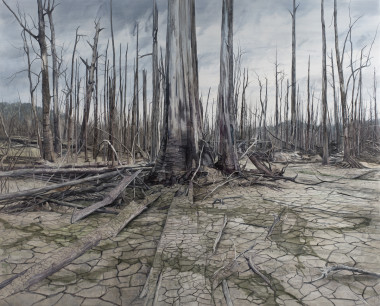 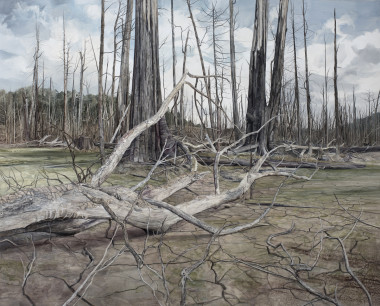 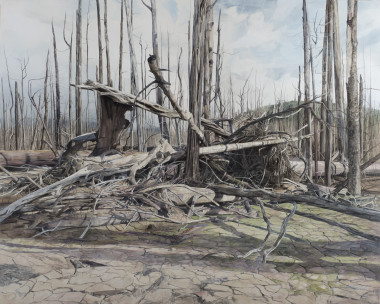 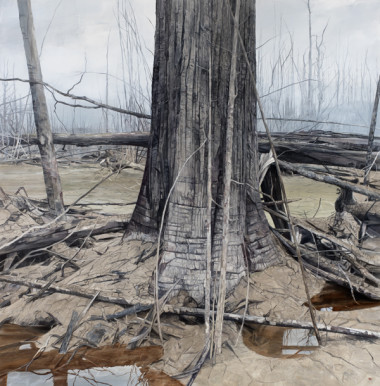 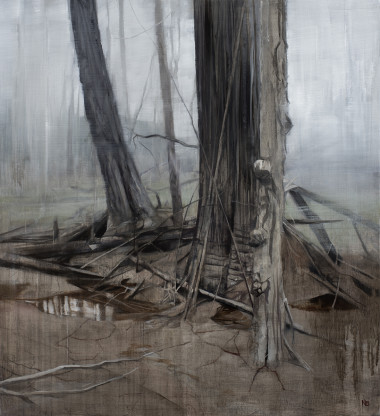 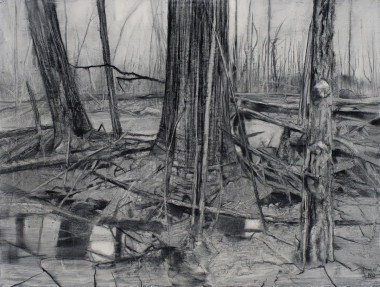 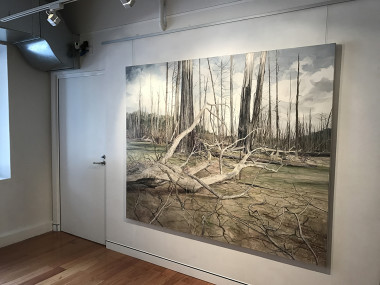 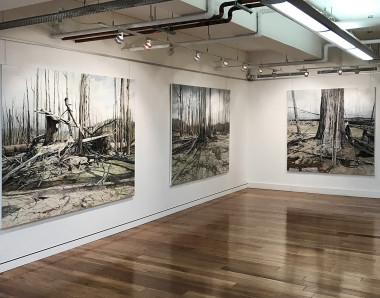 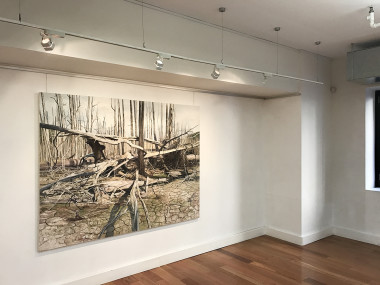 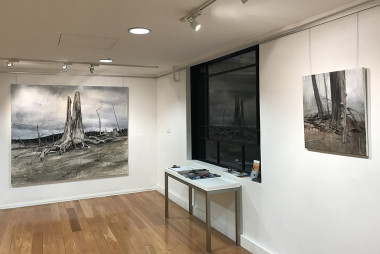 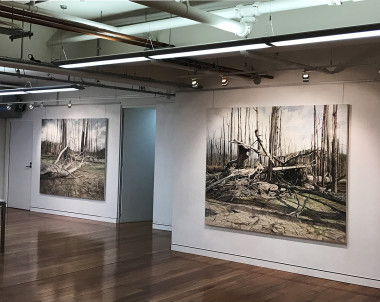 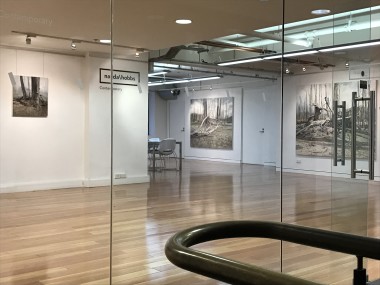 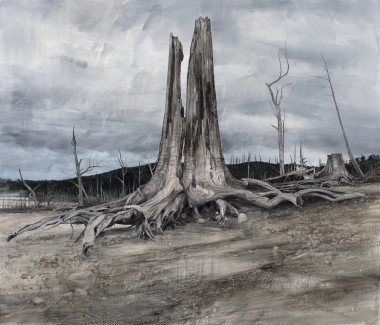