I arrived at the Sidney Nolan Trust’s property The Rodd, Presteigne, UK, in July 2019 to begin my month-long residency. Of course, I had studied numerous sources in the months before leaving Australia, but any number of images and renderings could not convey the essence of the place—which began to be palpable even as I navigated the hedgerow-lined roads that wind through south-east Wales, leading to Presteigne. Nature—abundant and embracing—was omnipresent, even in the details defining small towns and certainly in the marvel of hedgerows abuzz with summer life. It was—after the desiccation I had left behind in drought-stricken Australia—like being transported through a long portal. Then, after another bend and a dip in the road — The Rodd’s gates, and the castle-like spires of the heritage house Nolan called home.

Nolan left Australia in 1951 and from then on the United Kingdom was his place of domicile. In 1983 he settled at the The Rodd, Herefordshire, a piece of ancient Britain that bore no resemblance to any part of the country of his birth.

There to experience Nolan’s legacy, in such a landscape and in such a season it was easy to re-spond to the peripatetic impulse—Nolan’s hallmark—and explore the mythopoetic contours and tra-jectories that link landscape to landscape, progenitor to legatee, and function to form. I could paint the landscape that saturated my four weeks of last year’s Northern Hemisphere summer on the border of Herefordshire and Wales with a different palette and with marks that referred to recon-nections otherwise unconfigured.

Back at the studio I focused on developing—with the assistance of Emeritus Professor David Ferry (Printmaking)—a series of prints based on my first series of paintings based on the life of Kate Kelly that I had shown at Nanda\Hobbs in 2014. I chose linocuts to reference the term ‘cutting out’. I cut out the linos on rainy days when I couldn’t walk out to paint. The studio—a sunroom—opened out to the garden, completely secluded. I could cut all day until the light faded completely, at 9 pm. Then, it was Professor Ferry’s turn—to make a proof. By the end of the residency I had completed a set of twelve linocuts, and then Professor Ferry and I spent a full day working on the lithograph (printed on Arthur Boyd’s press) which culminated in the prints ‘O.G. Kate Kelly’ and ‘True Blue Kelly’.

Nolan introduced Kate Kelly to the visual-art history of the Kelly Family with his superlative painting ‘Constable Fitzpatrick and Kate Kelly’. While Kate’s identity as a key player had previously been acknowledged in Australia’s first-ever black-and-white feature film The Story of the Kelly Gang (made by Charles Tait and released in 1906), somewhere around the 1970s she was cut out of Australian history.

For Sidney Nolan, Kelly was a touchstone throughout his life. The classicism of the trope ensured that the cultivated and concerned expatriate found it fertile, with a compass that reached well be-yond country Victoria, Australia. Fittingly my Sidney Nolan Trust residency enabled me to consoli-date my Kate-specific research in situ, culminating in my August 2019 exhibition of the paintings, linocuts and lithographs that I produced in the apt and integral setting of the property that sustains the Sidney Nolan historical, sociological and aesthetic legacy. 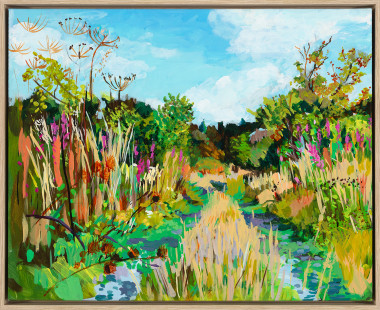 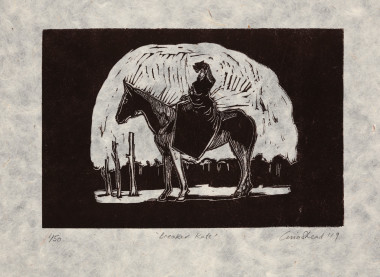 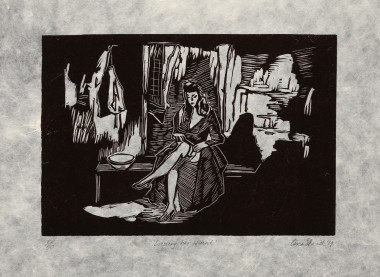 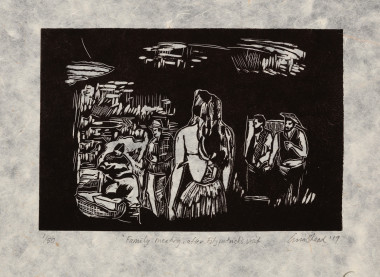 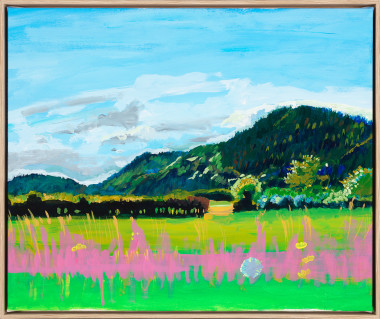 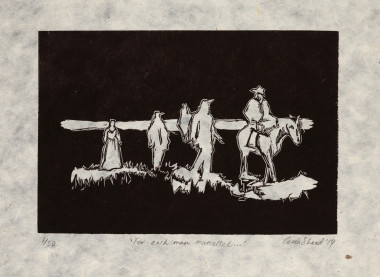 For Each Man Marvelled 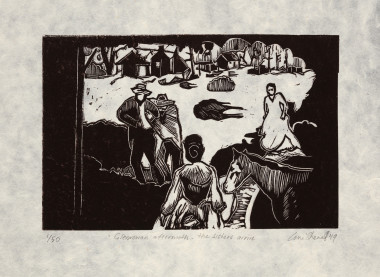 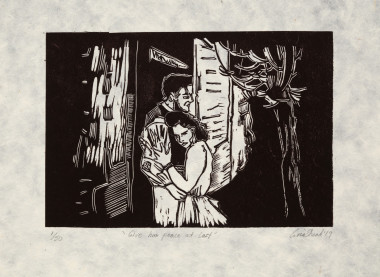 Give him peace at last 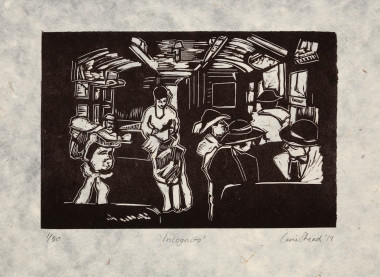 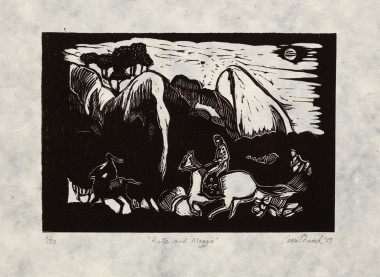 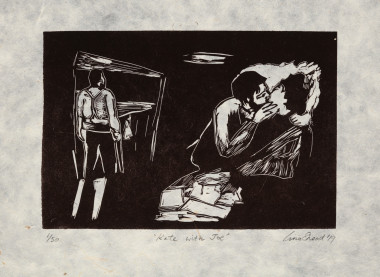 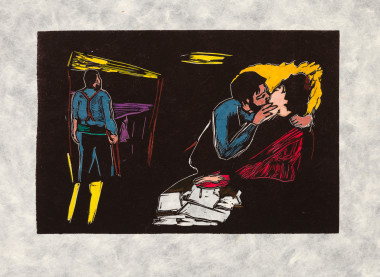 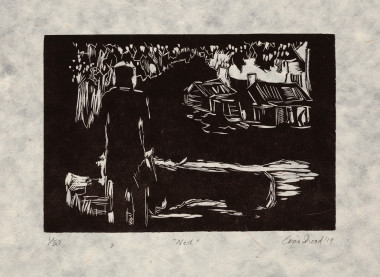 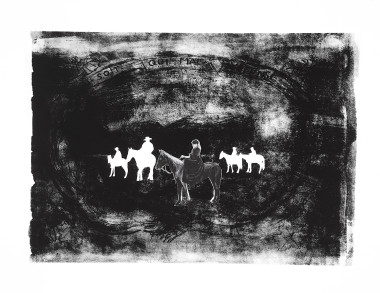 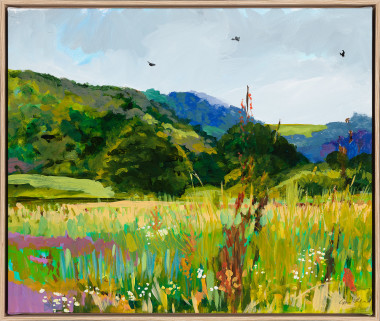 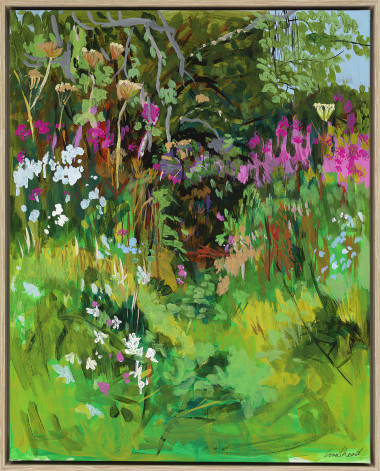 The Shade of Trees 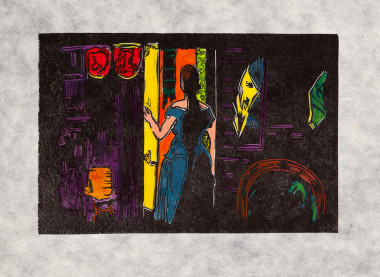 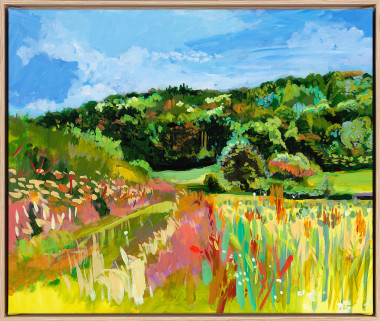 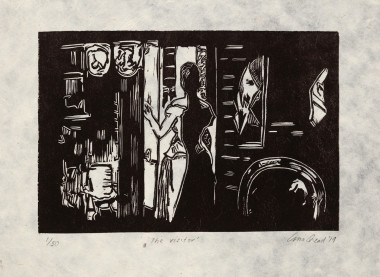 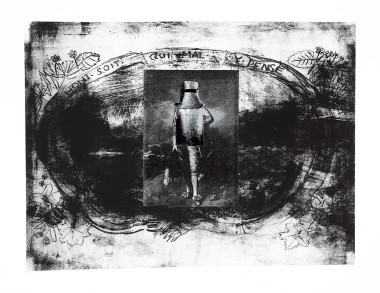 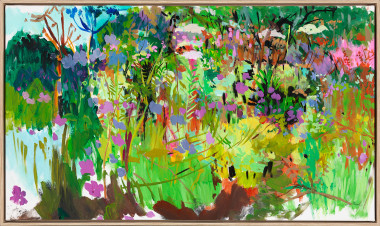 When the wild thickets echo to the song of birds 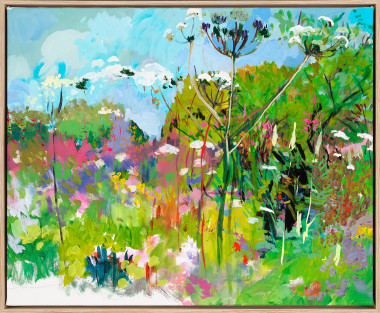 chorus of buds in the field 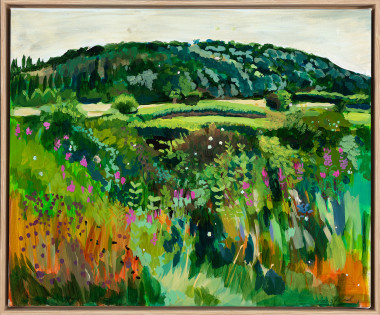 when the first cattle drank in the dawn