The core motif of Australian history is that of its patriot sons and their conquests of country and adversity. Celebrated in words and art, myths were created by men about men—and white men at that. But what of the marginalised peoples in our early history—the women, the political refugees from old-world England and Ireland, the dispersed Indigenous people, and the Chinese immigrants on the goldfields? A less lapidary version of the Australian story is a work-in-progress for contemporary scholars, analysts and artists.

When one delves deeply into the stories of Australia, a powerful yet rarely acknowledged force that provides a compelling backstory—interrogating the structure of Australia’s conventional mythos—is revealed.

Kate Kelly was one of the younger sisters of Australia's most notorious outlaw/hero, Ned Kelly. Born into an impoverished rural family headed by an ex-convict, Kate’s life was tough from the beginning. Then, on 15 April 1878, a most unwelcome visitor, Constable Alexander Fitzpatrick of the Victorian Police, came to the Kelly house at Eleven Mile Creek, Glenrowan, to arrest her brother Dan on a vague charge of horse stealing. While there has been debate ever since on what actually happened that evening, there is little doubt that the known drunk and reprobate Fitzpatrick (he was later dismissed from the force for misconduct in an unrelated matter) made some form of sexual advance to the 14-year-old Kate. Known as something of a beauty in the district, Kate had inherited also the feisty family temperament. She did not tolerate the unwanted advance. The ensuing fight, including an alleged gunshot wound to the constable's hand, set in train a series of events that would lead to her family becoming crucially emblematic in Australian folklore. Ned's determination to defend his family's honour and, indeed, Kate's chastity knew no bounds—except those imposed by the gallows a little over two years later.

But what of sister Kate? Her own story of high drama, passion and loss came to a tragic end when she was 36. Many believe she took her own life, while others are convinced she suffered a more violent end at the hands of her abusive husband.

Kate was her brother's sister, a brilliant horse- and bush-woman. (After the demise of the Kelly Gang, Kate used her skills to ride in the Wild West shows that had sprung up in the colonies.) In fact there have been many suggestions that she was involved in delivering food and messages to the gang, narrowly avoiding capture and/or wounding at the hands of the police. Some say she was in fact the fifth member of the gang. A campaigner for the abolition of the death sentence and a vocal supporter of Ned during his trial, it is a mistake to view Kate as solely a victim, let alone self-serving or ambitious, focused on bragging rights or celebrity.

Kate overlanded to Forbes, in the Central West of New South Wales, in 1885, when she was 22 years old, ostensibly to disappear. She found work as a domestic servant and married a blacksmith and horse-breaker, William “Bricky” Foster, three years later. From then on she was known locally as Ada Foster.

In May 1898 Foster was charged and convicted for using indecent language to his wife (in those times, an uncommon charge) and it was not long after that her decomposing body was found in Lake Forbes, close to the cottage where she resided with her children.

Gria Shead has dedicated her career to investigating and painting the women of early Australia. Having spent five years living and working in the gold-rush town of Hill End, New South Wales, the lot of the colonial women—who were not so much written out of history as never actually perceived as substantially figuring in it—has intrigued her. As Shead delved into the life of Kate Kelly, she became acquainted with Merrill Findlay, an author and historian living in Forbes, the final resting place of Kate Kelly. Findlay's research has contributed enormously to the Kelly archives, and Shead internalised the facts about the second half of Kate Kelly’s life to produce Flash Kate—The Forgotten Kelly, at a different place on the cultural continuum from that marked by, say, Sidney Nolan’s treatment of the Kelly family’s story in his 1940s series.

One cannot underestimate the place of Australia's artists in the formation of our cultural consciousness. In Nolan's Kate and Fitzpatrick, painted in 1946, he is clear about who was at fault. However, Shead explores the ground of a life, not simply the ground of a dispute. Incorporating occasional references to Nolan's naïve surrealism, Shead explores sequences in Kate Kelly’s life, from Kate as the young girl exposed to institutionalised lasciviousness, to advocacy for upholding of human and civil rights, to hopeful flight, to maternity and, finally, defeat experienced in the form of a watery grave. Many of the works echo the translucent tones of the hand-coloured lantern-slides that were the moving pictures of the nineteenth century.

Flash Kate—The Forgotten Kelly gives Kate Kelly a voice and us flesh on the bones of a central Australian motif. Isolated at the edge of Australia’s nineteenth-century ‘wilderness’, Kate Kelly’s life and death prompt questions to do with destiny, trajectories and tropes, and the history of how history is told. 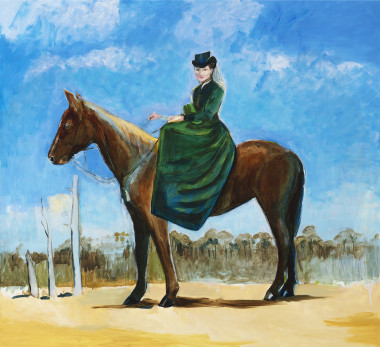 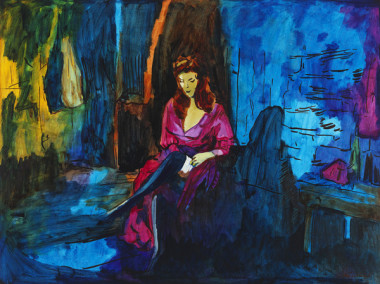 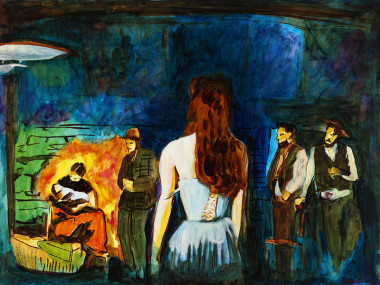 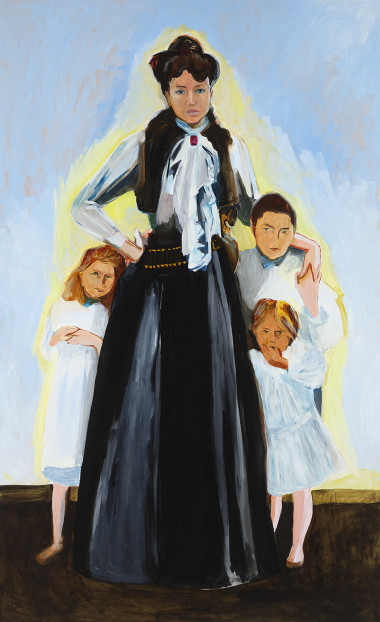 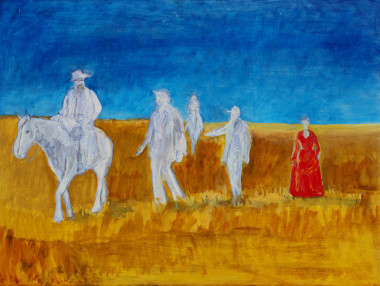 For each man marvelled... 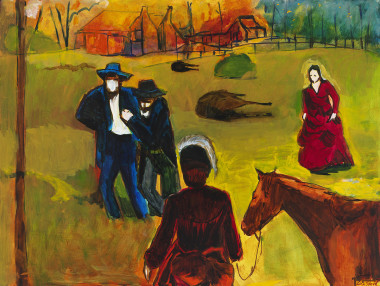 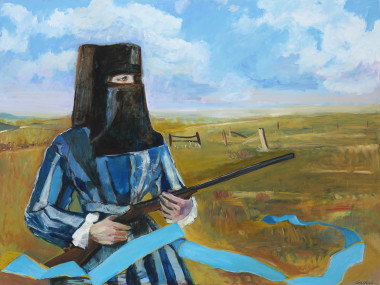 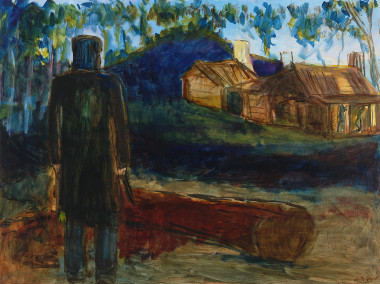 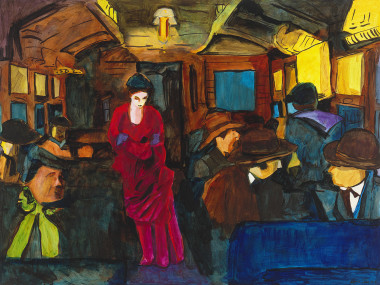 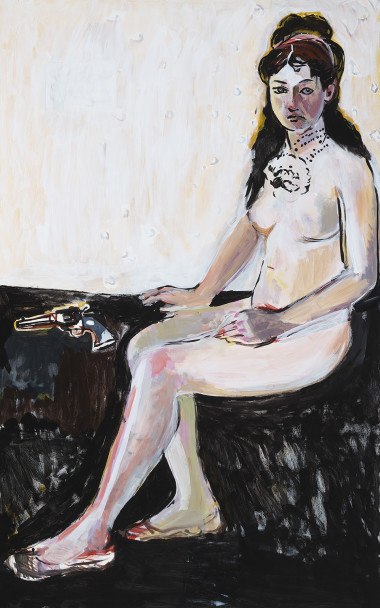 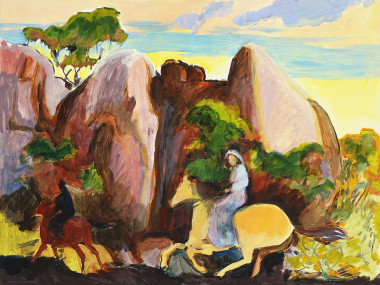 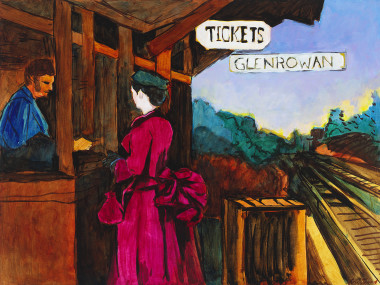 Kate arrives with cache of ammunition 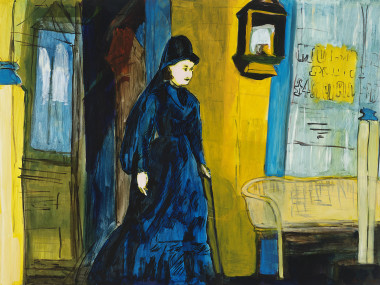 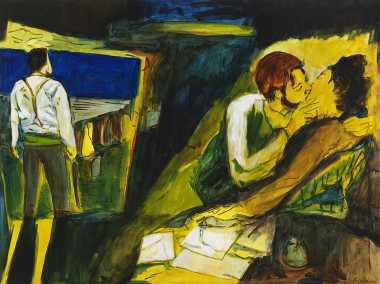 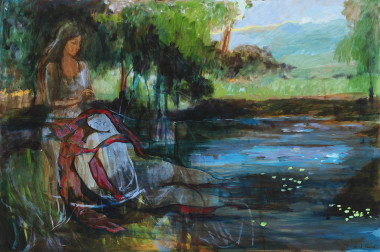 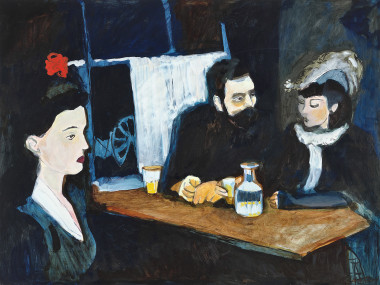 Ned and his sisters 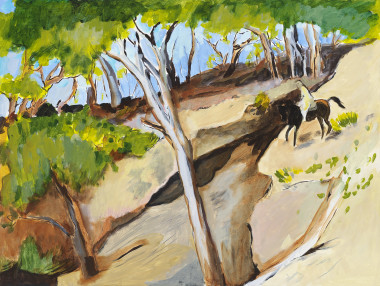 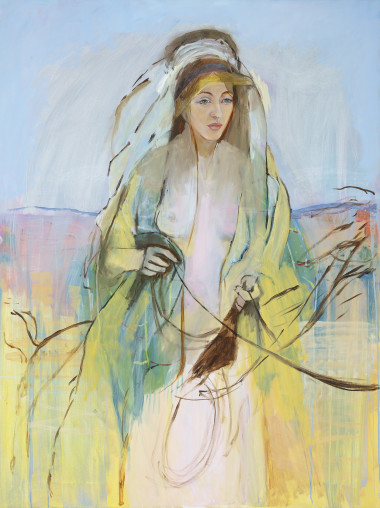 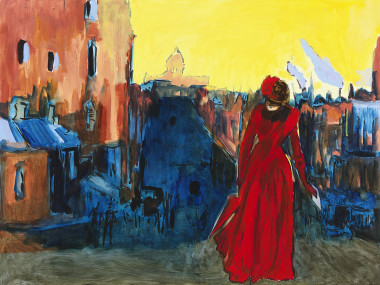 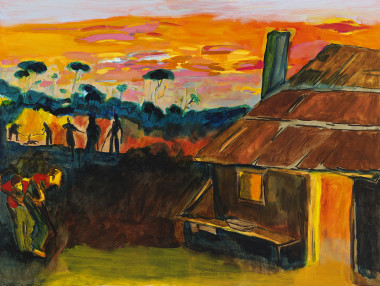 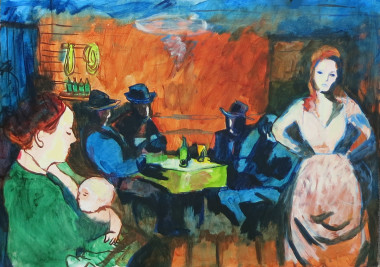 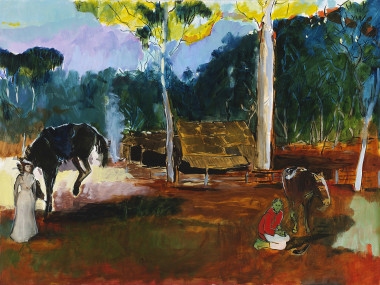 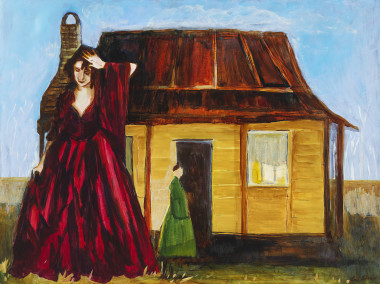 The arrest of Maggie's husband 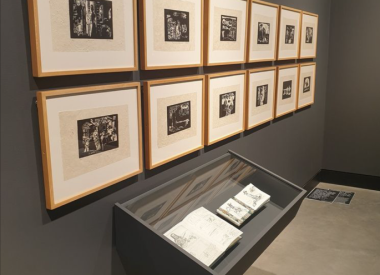 Gria Shead on show at the Maitland Regional Art Gallery

Work by Gria Shead from her Kate Kelly series is on show until 27 February at Maitland Regional Art Gallery in an exhibition titled, Storylines.