In our private universe

The great art historian Robert Hughes commented in his epic American Visions, “In [Thomas] Cole’s works Landscape is the vehicle of elevated feelings about transcendence and change”.

Thomas Cole was the blockbuster painter of the mid-19th Century. His vision of the great American wilderness informed and shaped the nation. Cole’s paintings evoke drama, tension and beauty and are still extraordinary today. It is a truism in art that the landscape genre continues to draw us in, challenge us and even calm us. And so, it is in light of this that contemporary Australian artist Adam Nudelman evokes the spirit of Cole in his impossibly beautiful and powerful works featured in the 2013 exhibition In our Private Universe.

Nudelman’s works in this exhibition bridge the divide between the centuries of landscape painting. Without aesthetic trickery, he relies on a vision and technique so pure it places him at the forefront of his generation in this genre of painting in Australia. For inspiration, Nudelman returns to his beloved central plateau of Tasmania. It is a land of windswept moorlands and low horizons dotted with crystal lakes and ancient enchanted forests that belong to a Brothers Grimm tale. It is a place that is not obviously beautiful, but for atmospheric drama few parallel.

Nudelman delves headlong into this landscape to create his magnum opus. This is a landscape that has been the foundation of his practice since his self-imposed exile into the highlands in 2009. His burning desire was to not merely record the obvious geological structures of the place, but to image the very essence of the landscape. The feelings of elation, isolation and drama that the Australian landscape dredges from your soul it is at the very core of his work. To effectively convey this is no small feat.

Nudelman’s investigation in to the work of his great hero Jacob Isaackszoon van Ruisdael (1628-82), master from the Golden Age of Dutch painting, is integral to his vision. Ruisdael created intense drama, drawing on the sublime and the beautiful in his works. Through his extraordinarily sensitive ability to render light and air, clouds and wind, Ruisdael created a pictorial tension. Not necessarily imaging a specific place, he created a carefully ordered environment to evoke a passionate response in the viewer. As with all great paintings, Ruisdael’s ability to endure the centuries and still make people weep with desire for the flat lands of the grey northern European coast is nothing short than epic in its achievement. Like Ruisdael, Nudelman is not an artist in a rush; he has worked for many years to develop a visual language to describe his landscape, the outcome being paintings that glow with an internal luminosity that is awe-inspiring.

Nudelman is also aware of his well-travelled colonial forebears, particularly John Glover and Eugene von Guerard – the godfathers of Australian landscape painting. In particular it is the Romantic tradition of von Guerard’s that situates Nudelman’s contemporary body of work within a historical context. Nudelman has never been driven by fashion; his style is not high octane, but it is undoubtedly enduring and is as inspirational as the land he paints. 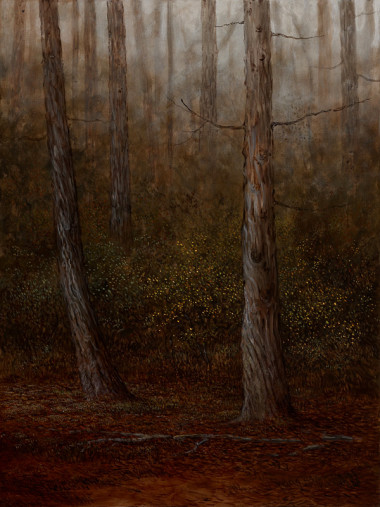 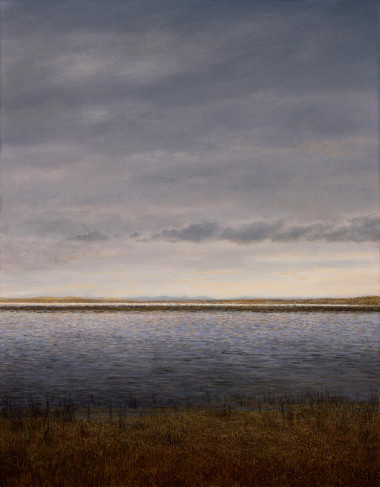 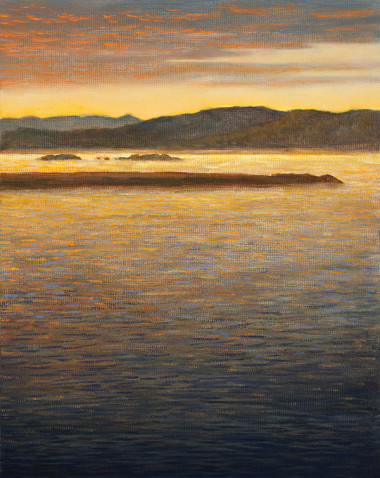 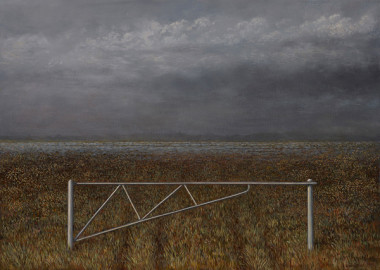 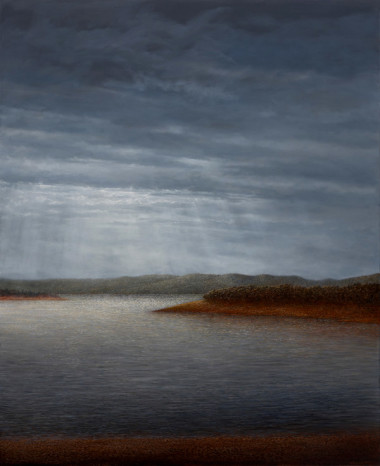 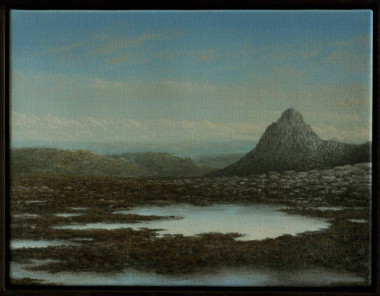 In all that remains 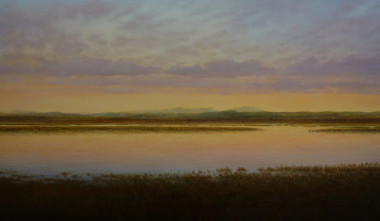 In our private universe 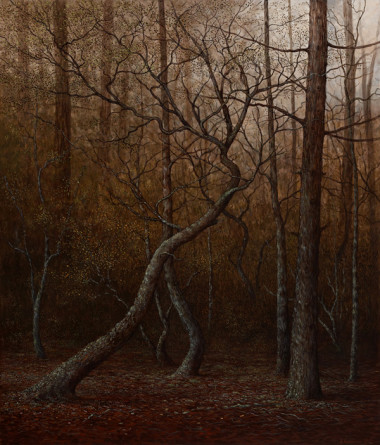 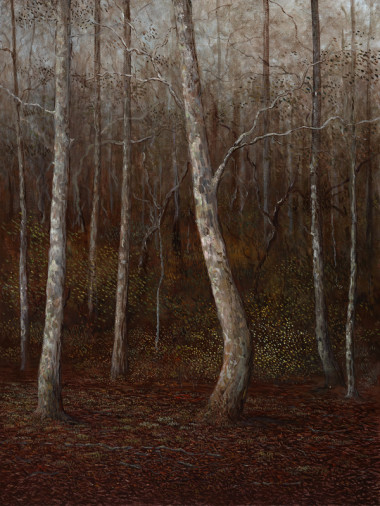 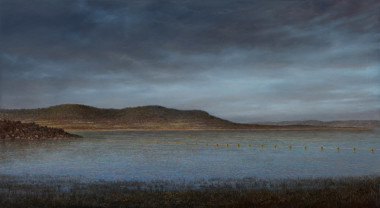 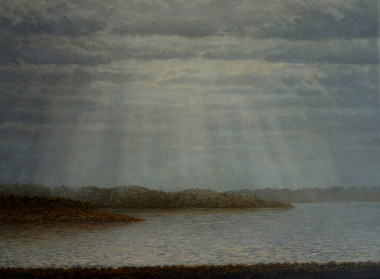 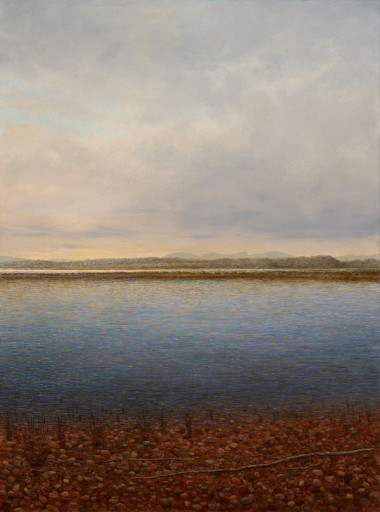 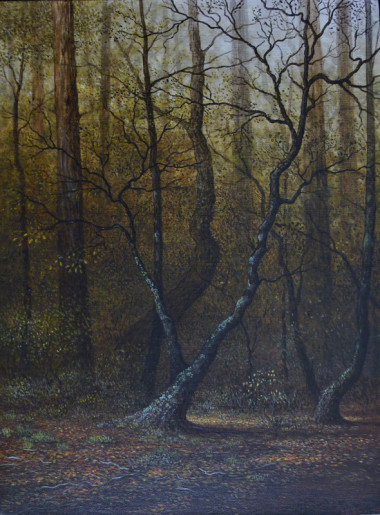 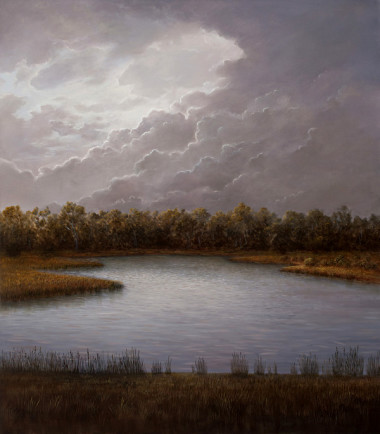 The night will have it's way 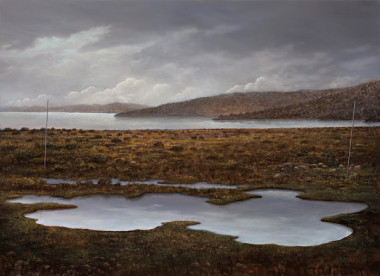 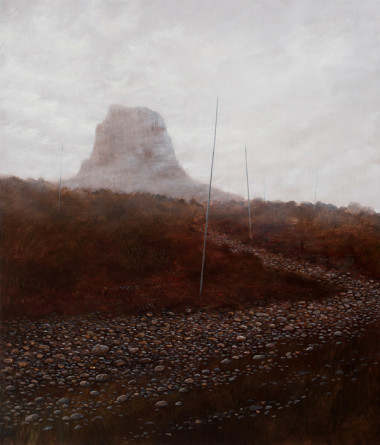 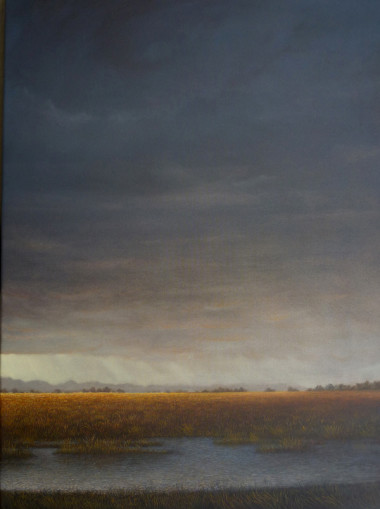 When evening falls so hard 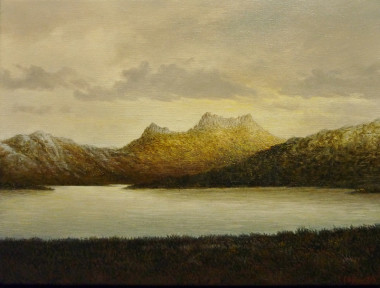 You're the poet in my heart