Deep in the Tarkine wilderness of North West Tasmania is the mining town of Savage River. An annual rainfall of just under two metres keeps the rivers flowing long and deep. The ancient trees rise up through the mist. In this country, man has carved out mountains in search of the black crystal known as magnetite—iron ore; the lifeblood of the industrial world.

The Tarkine stretches out to the wild west coast—it is a remote, longtime battlefield in the cold war between industry and conservation. The sensation of isolation is all persuasive as one’s boots walk the white quartz tracks that lead to the mines and tailing ponds—the holding dams and final resting place of the less profitable residue from processing black ore. It is a truism that moving mountains have an irrevocable legacy on the topography of this land.

Nicolas Blowers has long been interested in the intersection of man and the natural world. His investigations of the half-light between the city and the country is well documented in his many exhibitions. Millennia ago, in his native Britain before the Roman invasion, the Celtic Iron Age tribe’s mystical relationship with the landscape ruled all. The legacy of their spiritual connection to the land appears throughout the Island to this day—runes inscribed on stone circles continue to inspire artists, thinkers and writers. This landscape is not wilderness, it is an intervened place, but no less potent or beautiful. It is this heritage that flows through the veins of Blowers.

The artist's erudite ability to render and create a surface and pictorial composition that draws the audience into a labyrinth of tangled trees and deep translucent waters, engages and challenges. Carefully constructed yet energetically executed, every mark, line and translucent glaze tells a tale, close observation and deep affection for the subject—in all its altered glory.

Nicholas Blowers’ gritty, realist and passionate investigations into the world are on a scale to rival the great history paintings of the world.  The artist reminds us, through his monuments to the landscape, that our history is linked to our care of the country. This exhibition, Pond Requiem: Unstable Landscapes from Savage River has been two years in the making. Ignoring fashion and utterly unique in his vision, it is seminal in the artist's career and marks him as one of the truly exceptional contemporary painters working today. 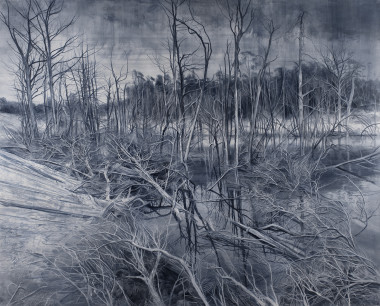 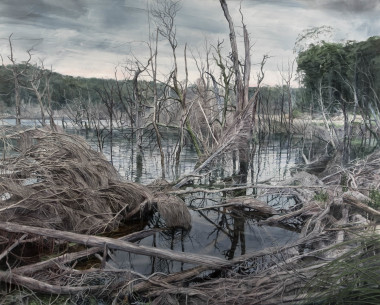 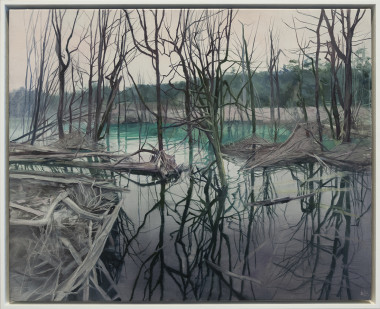 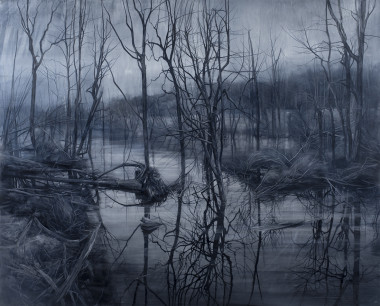 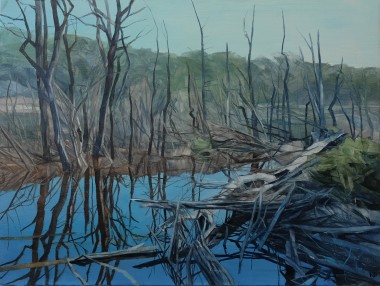 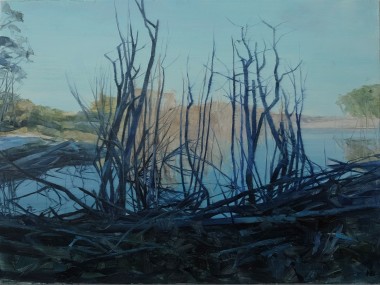 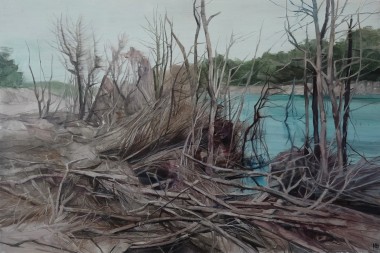 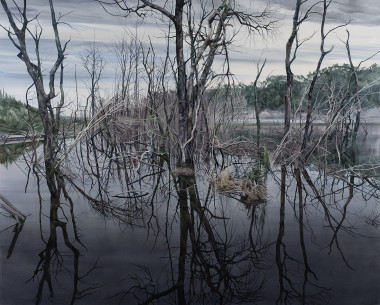 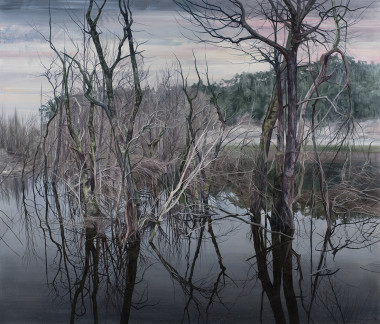 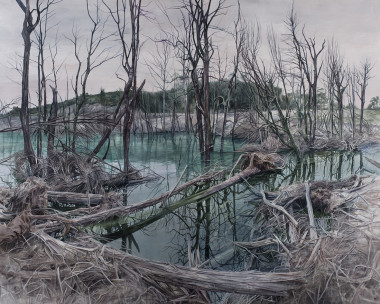 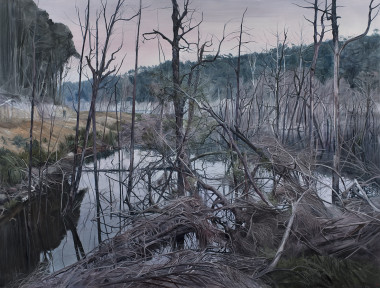 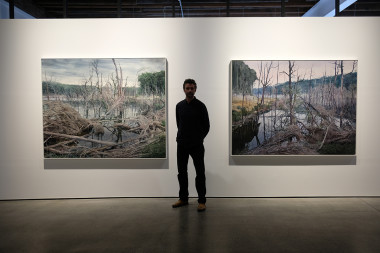 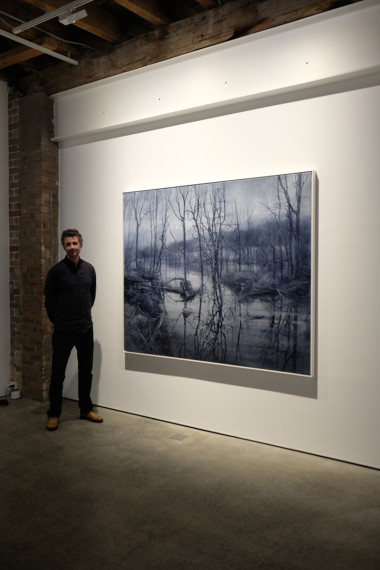 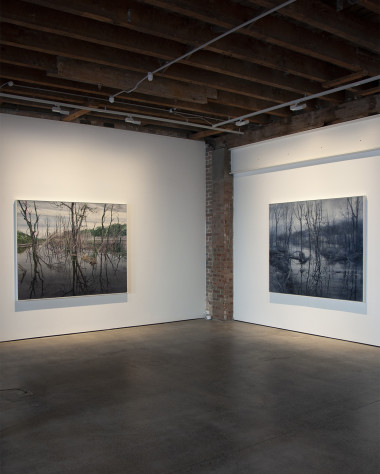 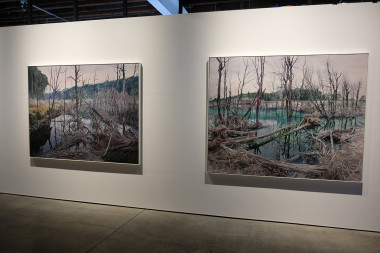 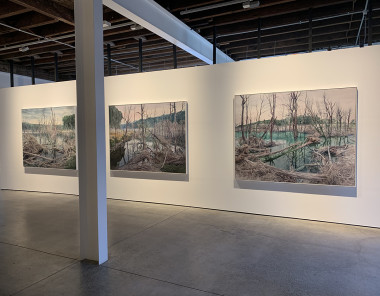