In the eighteenth century, the Pacific Ocean held significant intrigue to the European colonial powers — it was immense, exotic, manifestly unknown and on the other side of the world. The prize for the ‘discoverer’ was to possess all that the land and sea could offer, not to mention the strategic value for whichever super-power controlled it.

In the reign of King George III, Britain ramped up the expansion of its already massive empire. The voyage of HMS Endeavour (1768 -1771) was a Royal Navy and Royal Society joint venture that changed the map of the Pacific and, in the ensuing decades, the course of history for the peoples of several indigenous nations and a good number of unfortunate British and Irish convicts. In an unlikely collaboration, it would make heroes in exploration and science of two very different men. Captain James Cook and Sir Joseph Banks came from opposite ends of the societal spectrum. This was a voyage of dual-purpose —the enlightened age of scientific enquiry and botanical documentation gave way to militarist ambition and exploration. Or was it vice-versa?

The reading of historical fact is, at best, an ever moving and contentious set of goalposts. Heroic deeds of exploration can, in the fullness of time, be equally seen as the precursor to invasion and cultural genocide. The contemporary postcolonial cultural landscape is a dynamic and dangerous place for the artist to work in. Australian artist, Paul Ryan operates within this paradigm. South Pacific is an ode to the history of the land and seascape that his soul inhabits—both literally and metaphorically. The people, past and present, that populate his paintings speak to the viewer on a constantly sliding scale of light and darkness. It mirrors the history of the restless who have traversed the land over many centuries past. Ryan the artist—like the enlightened explorer—pushes at our boundaries, testing our sense of taste and form; twisting the painted surface in unnatural ways and reveling in our occasional discomfort. It is his view that it’s better to feel something good or bad, than just ‘like’. Yet, continually, Ryan's ability to find beauty in the brooding half-light of history is unrivalled in contemporary Australian painting.

Ryan, in his heart, will always return to his perennial muse—the sea mist-clad Illawarra Escarpment. This is a place in the hands of Ryan’s swathing palette knife. The artist becomes the architect of an experience where the audience not only sees his view, but, feel it in their bones. It is a direct link to the Romantic tradition that was so influential to the erudite Joseph Banks. To feel the landscape, one needs to enter that world on a different plane of consciousness—is it God, or nature? Ryan really doesn’t care who or what your God is—he’s seen plenty of them.  But one thing is for sure; he is going to lead you into the experience of encountering awe in the landscape.

The focused protagonist in this exhibition is Sir Joseph Banks. In Banks, matures one of Ryan's thematic tangents of the last decade—the 'Dandy'. A post-French Revolutionary, Baudelaire inspired ideal; a young handsome man, well dressed and somewhat self-absorbed, yet, thankfully, intelligent. Ryan draws on the aesthetics of Dandyism but points to the importance and enormity of Banks’ (self-funded) scientific achievements that were to make him one of the most recognized names in natural history. The most English of landed gentlemen, Banks collected over 10,000 specimens on the voyage. As he recounts in his journal every moment that was spent on dry land;

"Myself in the woods botanising as usual" 1..

Ryan cannot help himself. Throughout this exhibition, the artist swoops in like a seagull targeting a crisp hot chip—picking moments from art history at will. That Time Margaret Preston Dropped Acid, a wickedly robust still life oil painting of banksia flowers is a beautiful challenge, taunting us to get the joke that traverses Australian art history. Elsewhere, Ryan summons the ghost of the great British portrait artist, Joshua Reynolds (who painted Joseph Banks in 1774). Reynolds would draw on the compositional power of the portrait in the context of a relevant landscape. In doing so, the artist would provide gravitas to the story of a portrait and a sense of historical reverence to the sitter.  Structurally, Ryan’s The Volcano. Banks is a direct nod to Reynolds.  The volcano locates the viewer in the Pacific rim of fire. The very essence of the sublime, the volcano is something that man can never control—the ultimate reminder of nature’s immense power to dictate all things to the mere mortal man.

This is an exhibition of many parts, yet, is at its core, powerful. It is prophetic in its timely reminder of the strength of the natural world. No matter how we thirst to know all, we will never conquer it—yet, must try to use all of our collective knowledge to survive a future in it. 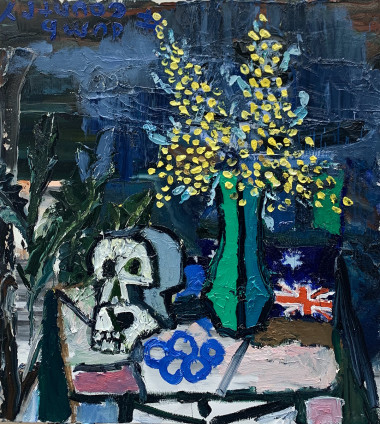 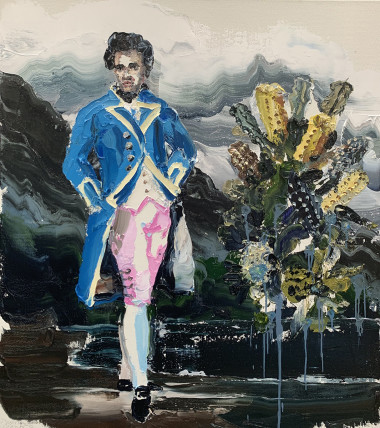 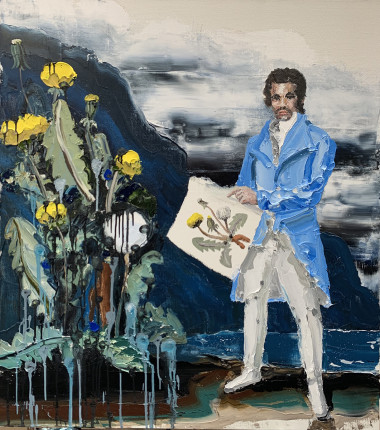 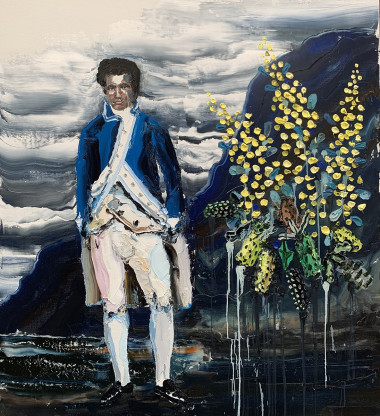 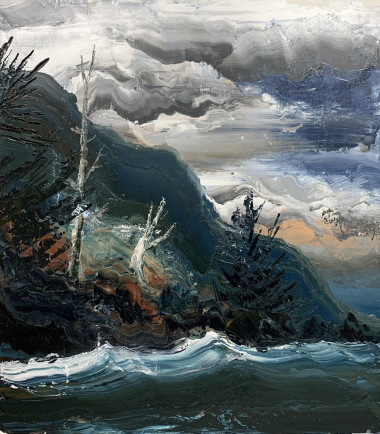 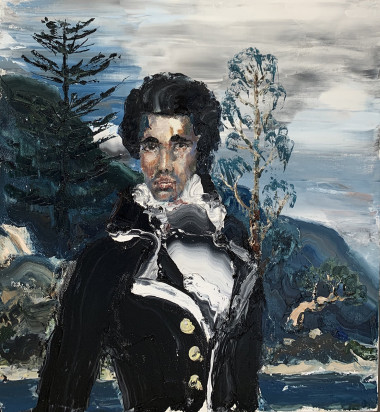 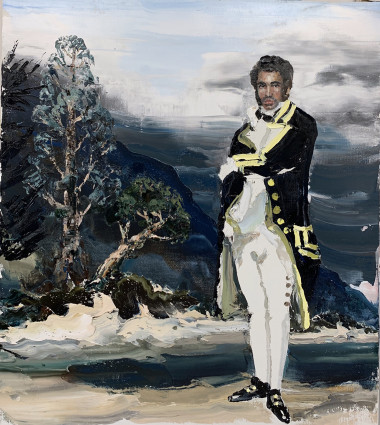 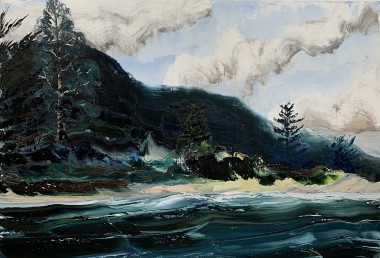 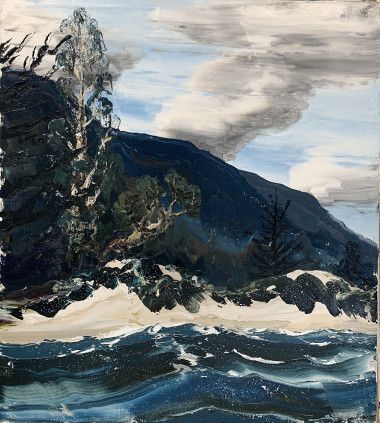 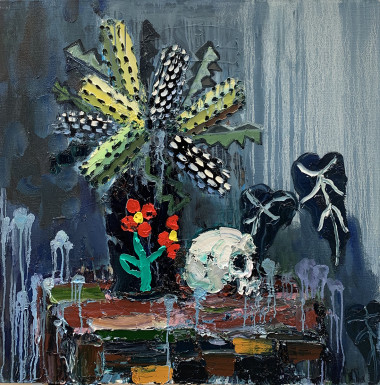 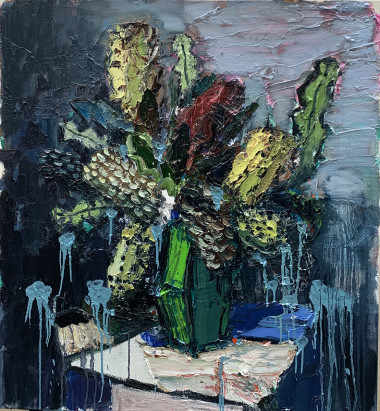 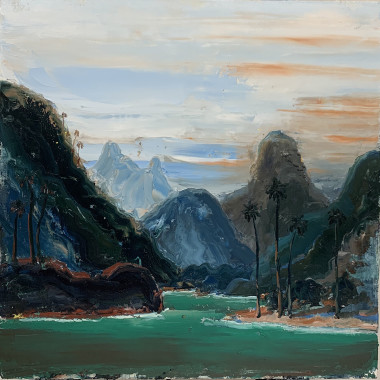 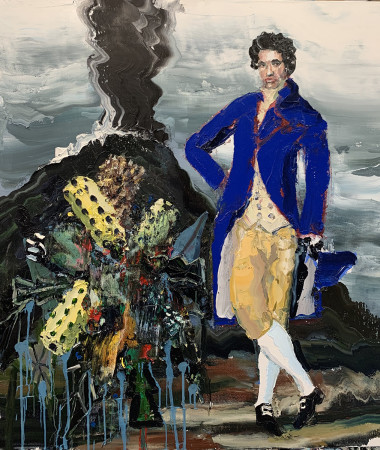 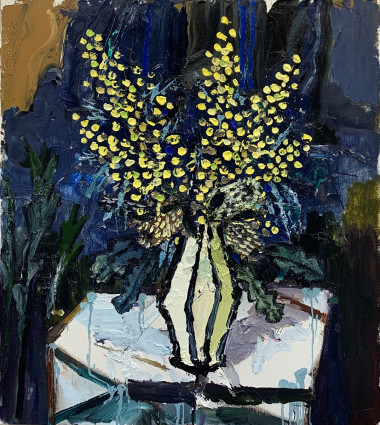 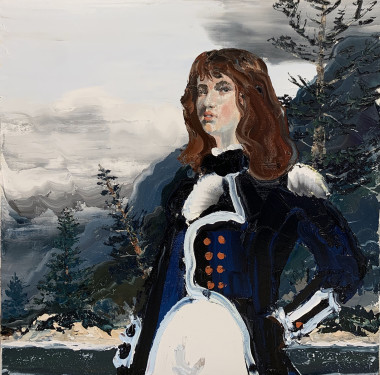 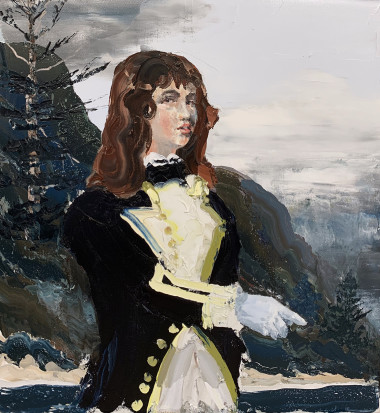 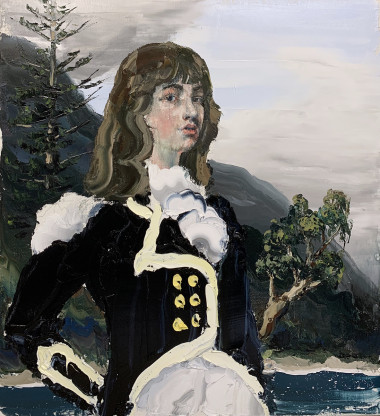 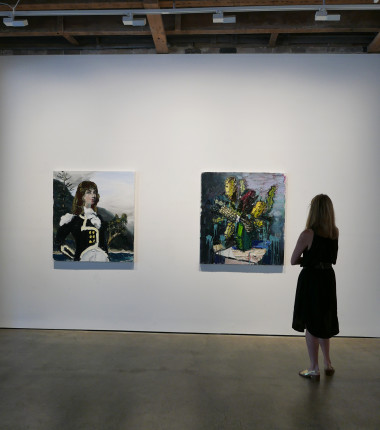 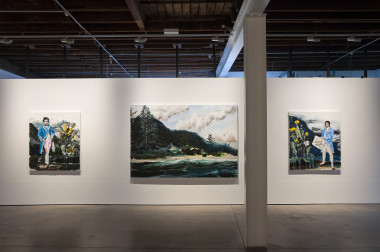 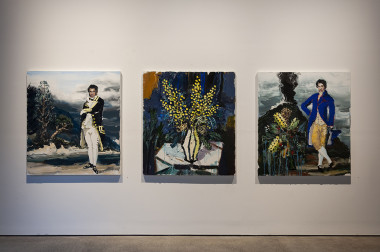 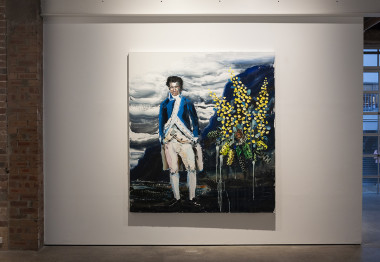 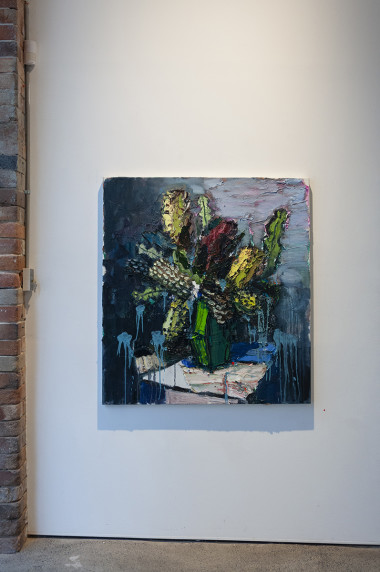 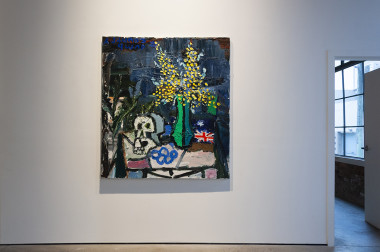 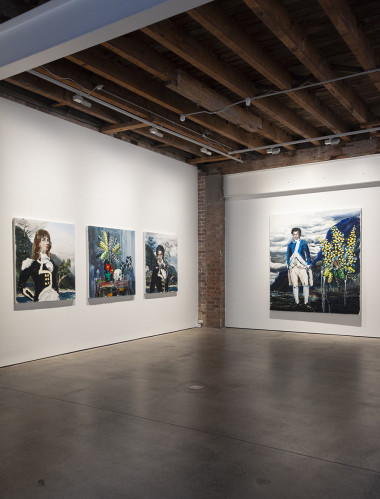 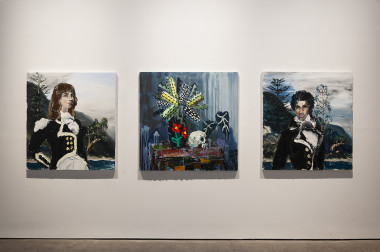