Ancestor Di Jun was a god with the head of a bird, the body of a monkey and only one leg. There was a country in which the people all had one head and three bodies. These were Di Jun’s children. He had another ten sons, who came out one at a time after washing in the south-east sea and then took turns to work as the sun in the sky. He also had twelve daughters, who were the moons. They always bathed in the remote west and then took turns to come out at night. From time to time, Di Jun came down to meet the five coloured birds in the east valley. They danced joyfully.

In the ancient Chinese myth, the creator of the world, Pan Gu, had the head of a dog and the body of a human. Nu Wa, the goddess who created human beings, had the face of a woman and the body of a snake. The first king, Huang Di, was a bird, with four wings and six legs. There was also a god of the ocean and the wind, and he was sometimes a fish with a human face and sometimes a bird.

These great majestic creatures, once the carriers of the human spirit, are now nowhere to be seen. Their forests have been lost forever.

I traverse world-layers: spirit, ritual and reality, mingling description of man with forms of Chinese calligraphic art and folk art.
This is where I once again let my spirit fly. 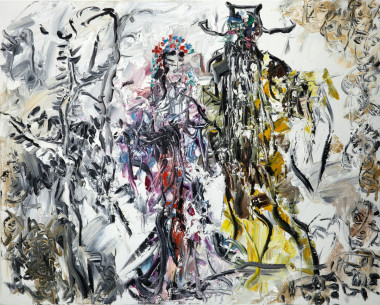 Chinese Opera: The Judge of integrity if it was not a dream 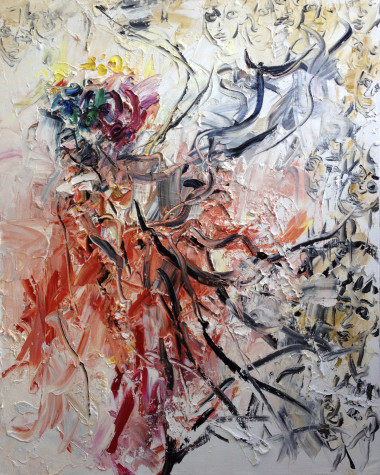 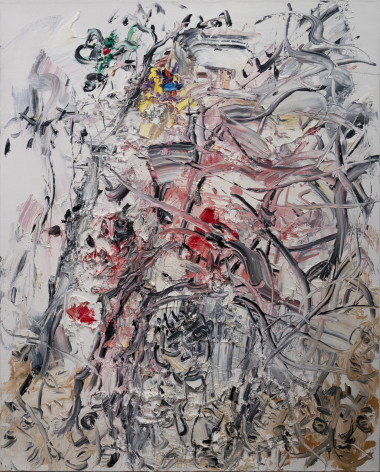 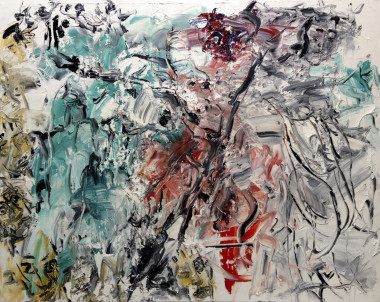 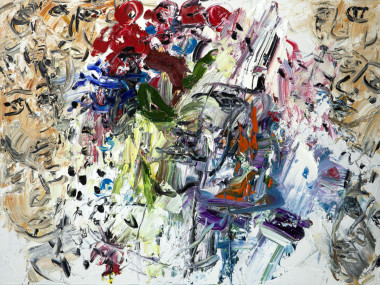 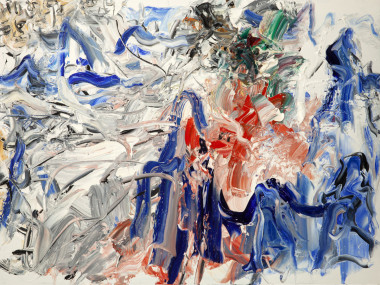 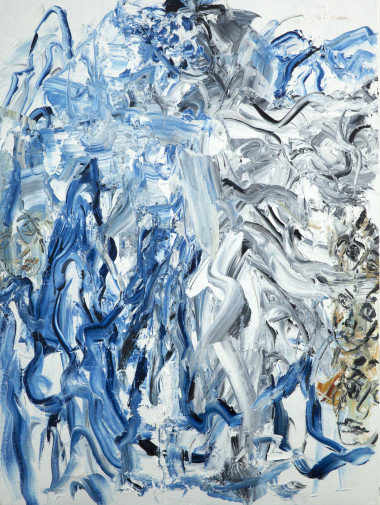 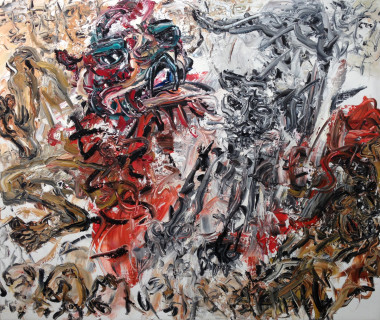 The beast flies over sees the lion dance 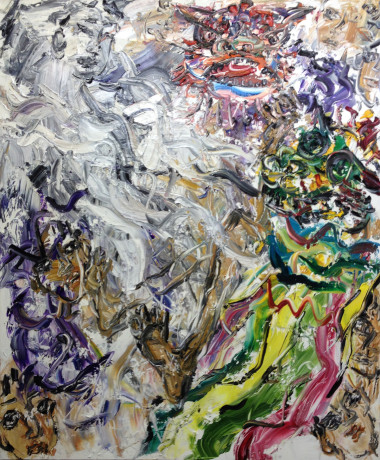 The mercy flies over sees the lion dance 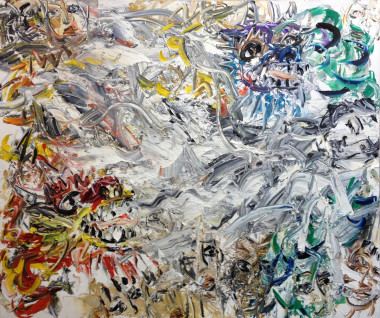 The wisdom flies over sees the dragon dance