SBS News (12.02.17) delved into the fascinating backstory of Luke Cornish's exhibition "Road to Damascus" on show at Nanda\Hobbs until Friday 17 Feburary before travelling to Syria to be exhibited at the Damascus Opera House.

Cornish, who is also known by the moniker E.L.K, is known for his bold stencil art and portraits of prominent Australians.But his latest work was inspired by a trip to Syria, and a man he described as a hero.

Khaled al-Asaad, a curator of antiquities in the Syrian city of Palmyra, was beheaded by militant group IS after reportedly refusing to reveal the location of ancient artifacts.

Cornish painted his portrait on the door at the site of a 2000-year-old amphitheatre in Palmyra, during a trip to Syria last year with a charity group.

But it wasn't to last. The theatre structure was badly damaged, when IS recaptured the territory late last year.

“It was my way of paying tribute to a man who sacrificed his life for what he loved,” Cornish said.

"I'm used to people destroying my work on the street. It’s the first time it’s been blown up by ISIS."

Cornish's impression of Syria was the inspiration for his latest exhibition, Road to Damascus, which was launched recently in Sydney at Nanda Hobbs Contemporary art gallery.

It features portraits of Syrian daily life - a boy in a marketplace, a barber waiting for customers.

Details such as bullet holes, or a road patched up after an explosion, are only evident on closer inspection.

The exhibition will travel to Syria in March to be displayed at the Damascus Opera House.

Cornish said he wanted to capture a side of Syria, which went beyond the images of despair often seen in the media.

"People do tune out, and I'm guilty of this too, when they’re just completely bombarded with negative images,” he said.

“You never see the real people, with real lives. And these are the people I want to reach out to and say, ‘we haven't forgotten about you. And we want you to have the peace that we take for granted every day’.”

“The amphitheatre is 2000 years old. When he took the image which ultimately created the painting, it was standing. Now it's not.

“So even within that short time frame, the landscape has literally been changed. It reminds us that nothing stands still.”

The ancient city of Palmyra has become a powerful symbol of conquest, oppression and the struggle for power during Syria's six-year civil war.

In July, 2015, IS posted footage online showing its fighters carrying out killings at the ancient amphitheatre.

Syrian forces backed by Russian air power, retook the city, and in May 2016 musicians from Russia's Mariinskiy Theatre Orchestra held a concert at the historic theatre.

Palmyra was again seized by IS in December the same year, and militants resumed their brutal agenda.

The United Nations has described the extremists group's ongoing destruction of cultural heritage in Palmyra as a “war crime”.

Road to Damascus is on display at Nanda Hobbs Contemporary until February 17. 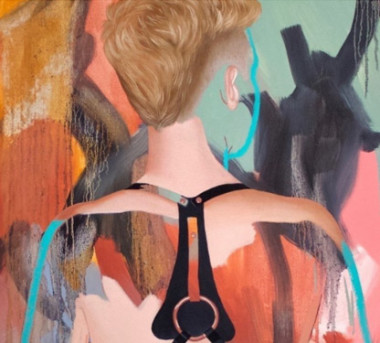 As recipient of the ANZ + Sydney Mardi Gras Community Grant, Kim Leutwyler will exhibit a painting and augmented reality exhibition at Nanda\Hobbs coinciding with the Mardi gras Festival. 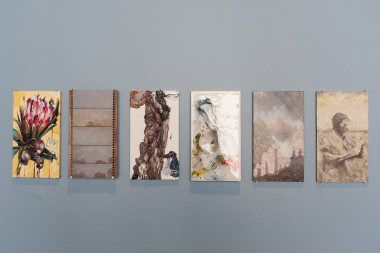 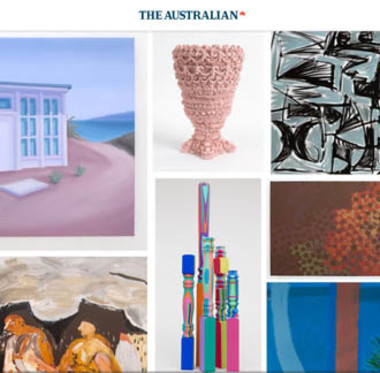 50 works by 50 artists — all for sale. Presenting The Australian’s inaugural summer exhibition, a showcase of the most exciting young Australian artists working today. By Amy Campbell.