The Street Artist known as Bambi is holding her first show in Australia at Nanda/Hobbs Gallery in Chippendale. Called ‘Bambi in Situ’, the exhibition opens Thursday March 21, 2019 and runs until March 30.

Much of the work for the anonymous British-based street artist, who The Guardian has dubbed “the female Banksy”, first appears in the streets of London as statement pieces about issues close to her heart. She’s attracted high profile collectors including Rihanna, Brad Pitt, Adele, Robbie Williams and Take That’s Mark Owen.

After studying fine arts at Saint Martin’s School of Art Bambi decided street art was the best forum to showcase her work. More recently, she has been taking her work from the street to galleries with pop up shows in London, Venice and now Sydney.

The body of work in the Sydney show looks at the topical issues, discussing ideas around feminism, the impact of climate change and world leaders betraying the trust at the base of our democracies.

“This is my debut show in Australia and I’m so excited,” says Bambi. “I’ve sent my heart down under, showcasing some of my favourite works. My artworks focus on social commentary with a humorous twist as a way to draw attention to injustices that inspire me. I’m hoping these particular works not only make people stop and think, but spark lots of conversation about how we can create a better and more equitable world.”

Central to this is ‘Lie Lie Land’, a mural created in London that took the film poster for ‘La-La Land’ as inspiration, replacing Emma Stone and Ryan Gosling with a dancing Theresa May and Donald Trump. ‘Stop and smell the roses’ is also part of the show – created for the charity Cancer Research UK Kids and Teens, the original raised £70,000 pounds in an auction.

The Nanda/Hobbs show includes the first piece to get her noticed – an artwork featuring Amy Winehouse she painted in a Camden doorway in 2011 following the tragic death of the young singer.

There are also several royal-themed artworks. These are “Be as naughty as you like, but don’t get caught”, featuring Princess Diana as Mary Poppins visiting her grandchildren Princess Charlotte and Prince George, and “Dog save Ma’Queen”, depicting Queen Elizabeth ll speeding away on her motorbike. A parody of Steve McQueen’s iconic image from The Great Escape, the latter was inspired by rumours the Queen plans to step aside when she turns 95 to allow Prince Charles to become the Prince Regent.

Ralph Hobbs Director of Nanda\Hobbs says hosting Bambi’s first exhibition in Australia has been a dynamic and important opportunity for the gallery and its collectors.

“Bambi’s sharp wit and instantly recognisable methodology has gained her notoriety and fame around the world,” he says. “Yet, intriguingly she remains anonymous, which is testament to her commitment to deliver her uncompromising commentary on society the way she sees it. That’s ultimately what is so important about this artist and we hope visitors are as moved by her work as everyone at the gallery has been.” 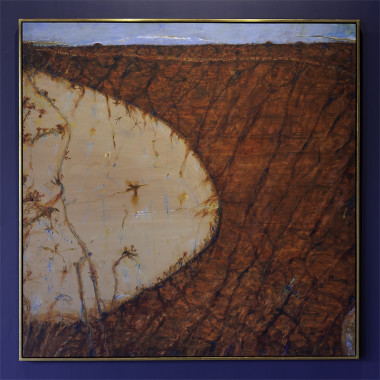 Myth is a dialogue between the stories that make us. The powerful narratives collapse distinctions between time and space in a complex interrogation of cultural heritage.

The positioning of the exhibited artworks invites an investigation into the controversial and conflicting perspectives that shape our collective history. 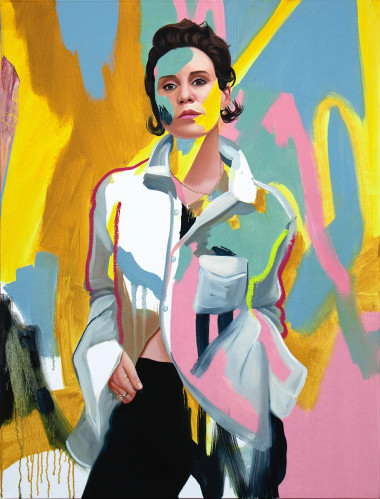 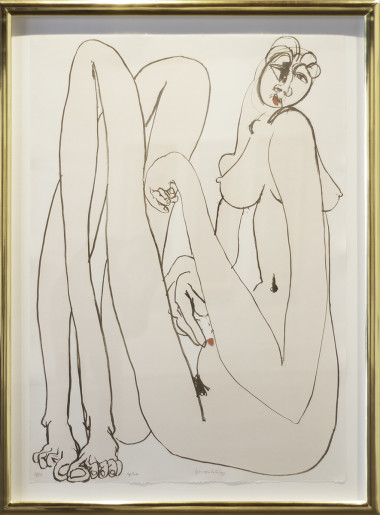 Currently on show at Nanda\Hobbs is a exceptional collection of 23 works on paper (graphics and drawings) by Brett Whiteley.